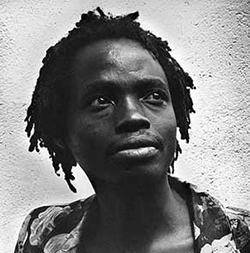 A CONTROVERSIAL film by an academic about inter-racial love has been unexpectedly well received in Zimbabwe.
Flora and Dambudzo focuses on an episode in the relationship between the married German scholar Flora Veit Wild and the leading Zimbabwean writer Dambudzo Marechera.
The couple met in Harare in the 1980s and became close friends until the writer’s death from an Aids-related illness in 1987.
“Dambudzo was a flamboyant and eccentric figure at the time and is arguably still the most important voice of his generation,” said director Agnieska Piotrowska, reader in film theory and practice at the University of Bedfordshire.
“He is considered an iconic figure in Zimbabwe but is also viewed as highly dangerous and subversive. The nature of his relationship with Flora Veit Wild was the subject of speculation and rumours for decades.”
The film addresses the difficulties of black/white relationships, and particularly an illicit affair, in a traditional postcolonial society.
When it was due to be shown at the Zimbabwe International Film Festival last month, Dr Piotrowska expressed her gratitude to “the programmers who are taking a risk in screening this controversial work”. But she was also worried about the likely response.
In the event, she was interviewed on national radio and even treated favourably a national daily close to Robert Mugabe’s Zanu PF, which has seldom given sympathetic consideration to British artists since the UK and Zimbabwean governments fell out over issues including land reform.
Dr Piotrowska is now working with Zimbabwean collaborators to develop Flora and Dambudzo t into a feature film.Advertisement