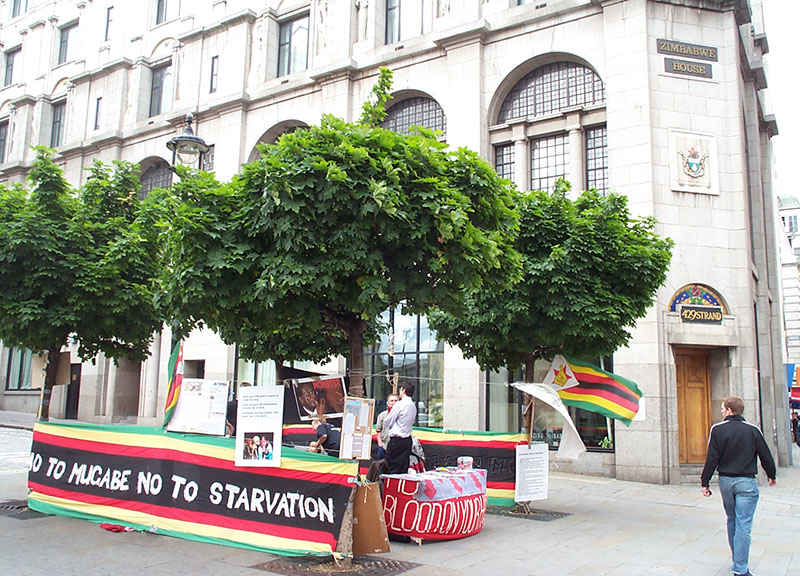 ACTIVISTS stormed Zimbabwe’s embassy in the London Wednesday protesting against the Harare regime’s crackdown against anti-government protestors back home.

The embassy siege by a handful of protestors followed calls by the opposition for diaspora demonstrations at Zimbabwe’s embassies after the government shut down the internet over the past two days.

Internet services however, appeared to have been restored Wednesday afternoon.