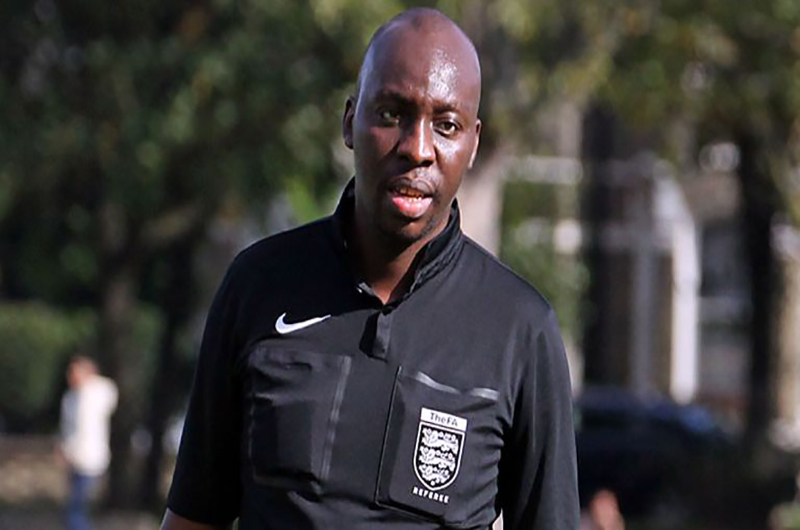 By Sky News & Own Staff 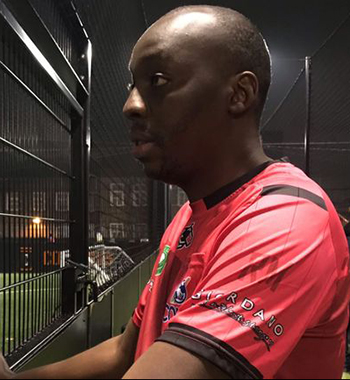 UK: Asylum-seeking Zimbabwean referee publicly outed as gay retells blackmail story ZIMBABWEAN referee Raymond Mashamba, 30, knew from the time he was 14-years-old that he was gay but managed to keep his sexuality a secret because of societal attitudes about homosexuality.

To conform with expectations and ensure there would be no suspicion, Mashamba even had a girlfriend introduced to him by his uncle who eventually fell pregnant.

But Mashamba’s life was to change dramatically after he met the man who would later become his boyfriend.

He was lucky enough to be chosen as one of the officials to travel to the United Kingdom with a local soccer team – Matebeleland Football Confederacy for the Confederation of Independent Football Associations (CONIFA) World Cup in September 2017.

A refereeing colleague who also wanted to join the travelling party visited Mashamba for help at the Bulawayo home he shared with his mother sometime in February.

Mashamba was in bed with his boyfriend; his mother was at work.

“He (refereeing colleague) knew we still needed another ref to come with us to London and he wanted to speak to me about it,” Mashamba told Sky News.

“It was only us there. I simply don’t know how I forgot to lock the door. He saw us in bed together.”

The friend would later claim he watched the lovers in bed long enough to take pictures on his phone, maybe even video.

“We started begging him not to tell anyone. We were panicking. Eventually, he promised he would keep the secret if I was able to take him to the tournament in London.”

Mashamba had little choice but to try and do what was asked of him. He was even able to stay on friendly terms with his blackmailer, hoping he could facilitate his demands – and he did manage to get the man added to the list of referees.

“We were told we needed extra money at the last minute of our preparations. I managed to get some from my sister in Cape Town, but he couldn’t raise enough money to get his.

“I wasn’t sure what was going to happen. But I talked to the guy before coming – he said he wasn’t going to do anything about it. I still felt we were friends. He asked me to bring him back some kit and other things from London.

“I felt I’d tried my best – and he saw that I had tried. There was nothing more I could have done.”

Mashamba performed to rave reviews at the tournament in London and friends and family were full of praise back home.

“I was getting messages like ‘we’re happy for you, you’re representing us, you did a great job’. My boyfriend and I were talking every day too. I told him, don’t worry. I thought I could trust the referee who had found us together – we had been friends.

“I had a message from my mum saying ‘we saw you on TV, on Sky Sports News’.”

He was blackmailer was following the publicity as well.

“I had a message from him saying, ‘You know you still owe me?’ I thought he might try and do something. I asked my boyfriend to go and see him, and the two of them talked. But he was saying he wasn’t angry.”

But his worst fears were realised on the last day of the tournament when his phone rang.

“It was my mum claiming she had found pictures in the house, and that the whole community knew about me. She told me not to come back home.”

The blackmailer had divulged the secret Mashamba had held for so long.

“I spoke to my sister in Cape Town who knew from my mum. She said she wouldn’t take me in either.

“I was supposed to visit a cousin of mine in London before flying back, but my mum had told him too. He said not to come.”

As the rest of the Zimbabwean team was packing up to return home, Mashamba was in a state of panic.

He then searched online and read about an LGBT refugee group in Leeds.

“I just went out with a bag of clothes, to the station, and got on a train.”

But he only had a little money, not enough to afford a room when he arrived in Leeds.

When he ran out of cash, he could no longer top-up his phone and could not search online for help, or communicate with anyone.

He ended up sleeping rough outside Leeds station for several nights. During this time, his bag – containing his passport – was stolen.

A member of a local church group, handing out food to the homeless, listened to Raymond’s story and introduced him to a Pentecostal pastor.

“He let me stay with him and his family. They were very good to me. I told them I had nowhere to go.

“They explained I had to call the Home Office, who told me to travel down to Croydon for a meeting. So, after a week or so, I went back to London on the night bus.”

After waiting a whole day, Mashaba was eventually granted an interview.

He was told that, at an appointed time within the next fortnight, a car would collect him and take him to a detention centre in Wakefield, where he would have to stay until accommodation could be found for him while his asylum case was being processed.

He chose to return to Leeds, to the pastor who had first taken him in, and wait. “He let me stay again. He’s a hero to me.”

But then it got worse.

Two days after that trip to Croydon, Mashaba awoke to find a message on his phone from CONIFA’s general secretary, Sascha Duerkop.

“He told me that they’d been contacted by some of the Matabeleland players about a story in a (Zimbabwean) newspaper.

“I said that I didn’t know of any article. He read me the headline – ‘Match official in gay storm’ – and asked me if it was true.

“I was shocked. I hadn’t even told the pastor about any of that. I explained to Sascha that this was my secret.”

The article had been published prominently in the sports section of one of the Bulawayo-based Sunday News.

The news story did not mention Mashamba’s name, but there was no need.

“Until that point, I was still thinking I might be able to go home,” he told Sky News.

“Sascha said CONIFA would support me. But my mum started sending me more messages, saying she’d had to step down from her position at church, and that someone said the newspaper had pictures of me.

“I tried calling the guy who blackmailed, but he wouldn’t answer. They removed me from all the WhatsApp groups.”

The one person Mashamba wanted to talk to most was missing. Even now, he has not heard anything from his boyfriend since the last day of the CONIFA tournament, when their secret relationship was first revealed.

“That’s what’s distressing me most – that I’m the one who put his life at risk.”

He spent the whole of July in the crowded ‘Initial Accommodation Centre’ in Wakefield, with around 500 other asylum seekers and refugees – men, women and children. He calls it “the lowest point, like being in a prison”.

In a short space of time, Raymond has become a much-loved figure with his Titans club-mates; they have contributed letters of recommendation to support his claim to remain in the UK. There may also be an opportunity to convert his Zimbabwean refereeing qualification into an FA equivalent.

CONIFA continues to keep him involved on its roster too.