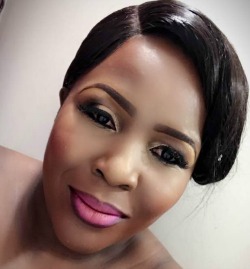 A United Kingdom (UK) based Zimbabwean breast cancer survivor, Prisca Chireka, launched her beauty product in the country this Wednesday.
Chireka said the launch of the brand named Anaka Beauty Redefined was inspired by a brutal cancer attack which claimed her breast.
“He (the doctor) looked at me and said ‘Prisca I am afraid you got aggressive breast cancer’. I was eight months pregnant,” Chireka said during the launch in Harare.
She added, “Fast forward, the surgery itself was not just taking out a lump in my boob. I tried to negotiate to say I am a woman, I need to hold on to my boob because that is what makes up Prisca.
“I used to love my boobs very much but I was faced with choosing my life or my boob and my son’s life which I had to think of.”
Chireka said another blow to her confidence came from the second scar on her body as, because of the pending cancer surgery, she had to deliver by caesarean section.
“I was induced for caesarean section for our son, that’s another scar. Hair fell off, nails black, boobs off. I couldn’t have reconstruction there and then. I lost my confidence, I was isolated. From the world I looked happy but inside I felt something was missing,” she said.
Chireka, who later had reconstruction, said after realising how cosmetics could restore confidence, she decided to make it her business to provide such products. She launched Anaka in the UK last year.
“So my setback, cancer, took away what I believed to be my beauty and what makes Anaka, the girl in the street. After all the tears, I said I will turn it to my comeback. Never in my life had I thought I would change other things which I was more passionate about and do what I am doing now,” Chireka said.
As a nurse by profession who also now holds an Advanced Diploma in Beauty Therapy from a UK college, Chireka hopes her newly found profession will be therapeutic and boost confidence in women going through difficult situations.
Chireka said the infant brand, which still only comprises of sleek matte lip stain of various shades, is poised to become an international brand providing a range of services.Advertisement