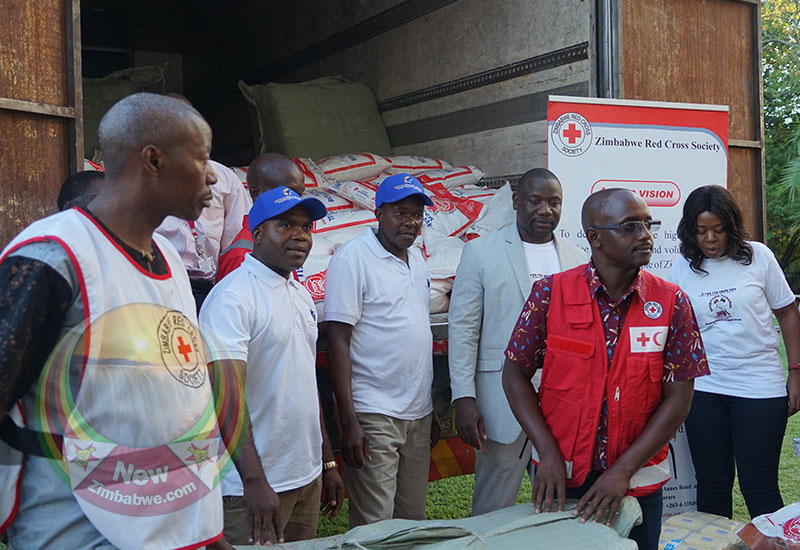 TWO companies owned by Zimbabweans and based in the UK, have joined forces to donate goods worth RTGS$20 000 to victims of the Cyclone Idai disaster.

Express Links Money Transfer Services a financial services provider and funeral insurer, Diaspora Funeral Cash Plan (DFCP) put together the donation that was handed over to officials of the Zimbabwe Red Cross Society in Harare, Friday.

“We felt obliged as part of our social responsibility programs, working with the Diaspora Funeral Cash Plan to take part in relief efforts through the Zimbabwe Red Cross.

“We hope these goods will go a long way to alleviate the plight of those that have been affected by the cyclone. We work in these communities and will always be there to help,” Mujere said.

Diaspora Funeral Cash Plan official Rufaro Vambe said Zimbabweans in the Diaspora are always affected by what happens in the country and would want to see the institutions they work with being part of efforts to help.

“We are a business that works in communities. We work in particular with Zimbabweans in the Diaspora providing insurance, they have been affected by what happened in their home country.

“We felt as a business we needed to come through and help the affected communities. That is what responsible corporate citizens do,” said Vambe.

She added that the two companies had chosen the Zimbabwe Red Cross Society because of its long standing tradition in relief services in Zimbabwe and across the globe.

“We are indebted to the two companies. We have been overwhelmed by the assistance that has come through and the show of solidarity from Zimbabweans locally and beyond.

“This is a gesture we will always be grateful to receive and make sure it reaches the intended beneficiaries because we have the structures that are connected to government,” said Kutadzaushe.

The freak weather phenomenon ripped through south eastern Zimbabwe killing over 140 people and destroying infrastructure in the process. Hundreds of people are still missing with reports some bodies have washed up in neighbouring Mozambique.

According to the United Nations almost two million people are in need of assistance having been affected by the cyclone.

The two districts of Chimanimani and Chipinge bore the brunt of the cyclone. The donated goods included groceries, blankets and other essentials for day to day use.