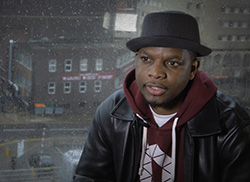 UK-BASED Indie/Pop Rock four-piece Farai & The Forest Dawn have released their new single, Beautiful.
Recorded at SmokeHouse Recording Studios in London with Jonathan Miller, Beautiful is the first single off their new EP Beauitfully Learnt scheduled for release in the first quarter of 2016.
The band who formed two years ago, include guitarist and lead vocalist Farai Muvuti, guitarist Ailsa Shaw, keyboardist Jonathan Morris and drummer, Tino Dube.
Bandleader, Muvuti, said making the single Beautiful was a long but rewarding process as the song grew substantially from the initial writing stages.
“We released our first studio single, All I Had in January this year and had a great response. So we thought it fitting to follow up with an equally refreshing single,” Muvuti said.
“When we first started putting the song together, we knew we were onto something good but we also knew that in order for it to be a success it needed a catchier chorus, so we came up with the melody and wrote around that,” he added.
The Zimbabwe-born singer said once they had the chorus the song fell into place.
“We spent two days in the studio recording just this track, so a lot of work has gone into crafting the sound of the record as we wanted to do it justice.”
The track has been played on BBC Introducing, a radio show on BBC Radio Three – making it one of the band’s most promising songs of 2015.
“We put a lot of time and effort into this single and getting radio airtime on Gareth Lloyd’s Introducing show on BBC Radio Three made the hard-work worthwhile.”
“It was a big moment for us and nice to have the recognition,” added Muvuti.
The band have also released a video alongside the single.
Ailsa Shaw, the band’s guitarist, said the team felt that releasing a video would give the song another dimension.
“We spent a full Saturday at the Dunstable Community Centre with loads of cameras and lighting and we were really pleased with the results,” Ailsa said.
“Our Head of Visuals, Eric Dyson, of Mad Scientist Studios has done a fantastic job editing the video and putting it together, so he deserves a lot of credit,” she added.
The video was launched 5th December 2015 together with the single.Advertisement

The 2014 winners of the London based BeOnTheScene Battle of the bands competition have gone on to make a name for themselves and are becoming a musical force to be reckoned with.
Farai & the Forest Dawn will be launching their EP in London on 19th February 2016.
Beautiful is now available digitally from all major digital stores and the single will be available to purchase at upcoming gigs.
For more information, please visit: “http://www.faraiandtheforestdawn.com” www.faraiandtheforestdawn.com.
You can also follow the band on Facebook at: “https://www.facebook.com/theforestdawn” https://www.facebook.com/theforestdawn and on Twitter @theforestdawn