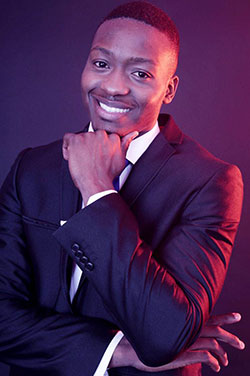 FAST-RISING UK-based gospel singer, Walter Chahwanda, continues to broaden his horizons in his music career.
The artiste has been unwavering in his determination to press on with what God has called him to do which has earned him a nomination for one of the year’s prestigious gospel awards.
Chahwanda is very proud of his origins and does not shy away from making it known.
However in terms of ministry he feels God has called him to minister to nations past the borders of Zimbabwe.
As a result, his music has reached out to people from all over Africa and beyond which has seen him being nominated for the Africa Gospel Music Awards 2014 (AGMA) under the category of ‘Discovery of the Year’.
Commenting on his nomination, Chahwanda said: “It is always an honour when God begins to lift you up and I do not take it for granted. I know I am undeserving but His grace and favour upon my life is what’s working on me.”
He added: “I am calling on all God’s people and my fellow countrymen to support me as I represent our nation on such a platform. I am asking all of you to take some time out of your busy lives for just 30 seconds to cast a vote.
“Your vote will make a difference and with your support Zimbabwe will continue to be recognised for its talent and great exploits in different sectors, including the music sector.”
The awards are scheduled to take place on the 24th of August, presenting Walter with another opportunity to showcase his God-given talent on an internationally recognised platform – an opportunity which he believes will be the first of many.
AGMA was founded in 2009 and its mission is to expose, promote and celebrate African gospel talent which comes in such a wide variety of styles. The night will feature performances from various nations and languages and is certainly not a night to miss out on.
Walter, aged 23, understands that not many people of his age get the chance to represent their community and country at such a grand event and it is an opportunity he does not take lightly.
He promised he would be ready: “Since I was been asked to minister at this performance, I have been rehearsing tirelessly to make sure I give my very best.”
The Awards will be held at Fairfields Halls in Crydon, kicking off at 6pm sharp with a photographed red carpet entrance while the rest of the proceedings will officially start at 7pm.Advertisement