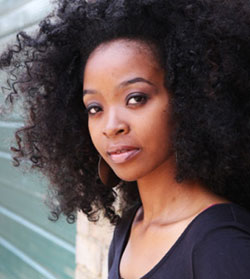 THOSE who attended the 1998 Harare show by American rap group The Lost Boyz would likely remember a teenage rapper who made the headlines with her performance as one of the curtain raisers.
Kudzai Max was 19 then and now, several years later the Hertfordshire Christian rapper has unleashed her unique blend of “gospel and scripture” with a new single that has got the music industry talking.
Kudzai’s Time Will Tell explores what it was like to move to England from her native Zimbabwe and her struggle to find her way in life.
Rock Heavy’, ‘War-Games’ and ‘Hard to the Core’ are just few of the words in the song lyrics describing the artist’s difficult journey in life, as well as breaking into the music industry.
The mother-of-three, who came to the UK 12 years ago, said: “I wasn’t born and bred here, relocating here was tough to say the least.
“It’s hard to find yourself in a new environment.”
The Welwyn Garden City resident, 35, added: “It [the track] is a cross between gospel and scripture, which is such an inspiration.
“It’s not technically gospel music, you wouldn’t play it in church. It’s rap inspired by the gospel.”
Kudzai’s song is now available on iTunes and has been described by publicists as “about faith, hope and acceptance” that “breaks the barriers”.
Time Will Tell- Kudzai Max