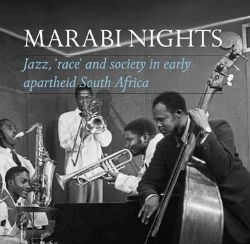 LONDON-based Zimbabwean journalist, Brian Moyo’s nostalgia for Marabi music has seen him record an album set for release this August.
Marabi is a South African Jazz style with origins in the 1920s. This genre came to existence in the ghettos and the shebeens of Johannesburg and is rooted in traditional South African music.
The album titled Marabi Revival will be officially launched on August 30.
Moyo, who is a self-taught amateur musician, plays piano and guitar. He has compiled a five track album – four of which are his original compositions, to remind himself of the “good old days” when music groups belted out Marabi tunes across the sprawling Bulawayo townships where he grew up.
“In the 1970’s when I was a youngster in Bulawayo, music groups playing marabi music were a dozen for a penny. Every township had at least one such band,” Moyo said.
“I would say top of that list were the Green Arrows led by Zexie Manatsa. The High Cords led by Benson Nyathi was another memorable group which belted soul searching marabi music. Regrettably, you don’t hear that sound anymore. I miss it so much that I decided to compose my own music in that genre.”
The result is a five track CD which includes “Otsotsi” which Moyo considers one of the most loved and enduring marabi tunes of his generation.
“Like most marabi tubes of days gone by, nobody really knows who composed the original “Otsotsi” tune,” Moyo says. “But it is one of those tunes which stay in your head forever. I have included it in my CD as a way of paying tribute to the giants of the marabi sound who are no longer with us, but left a long lasting legacy of their music.”
The CD was put together with the help of Zimbabwe veteran musician, Calvin Gudu, of the “Tombofara” fame.
“I can’t thank Calvin enough for helping me realise my dream in compiling this CD,” Moyo said.
“He not only engineered the tracks but also played organ and guitar to support me. He has an exceptionally good ear for music.”
Moyo, a former News Editor at the Bulawayo Chronicle settled in the UK in 1990. He worked for various newspapers and magazines in London before setting up his own website, Touch Base Africa and working as a consultant editor.
He is also a published author who has written four children’s books and one adult fiction novel, entitled Comrade Vs Mister, which is set in Zimbabwe. Advertisement