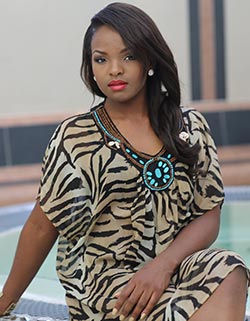 UK-BASED Zimbabwean star, Theresa Shangazhike, better known as Shanky has released the video for her latest hit “Swedera”.
Swedera has been a huge success and already boasts of a lot of air play on radio stations such as BBC 1Xtra. Shanky told us a little about her music and much else besides …
Name: Shanky
Home Town: Harare
Current City: London
Age & Date of Birth: December 8th 1990
Marital Status & Children: Not Married & No children
Music Genre: Afrobeats/RNB/ZimDancehall
How did your career start?
Two years ago I decided to start taking my music seriously and started writing and recording tracks, although I have been singing since I was about 7.
Where are you projecting to see yourself, musically, in the near future?
In the near future I see myself releasing more singles and an album, touring the world, you never know, the sky is the limit.
What do you consider your greatest musical strength?
The tone of my voice and my vocal interpretation of my music; it’s a different sound.
Do you write your own songs?  If so what inspires you?
Yes I write my own. What inspire me are everyday life experiences. You don’t need any more inspiration than that.
SWEDERA – Shanky