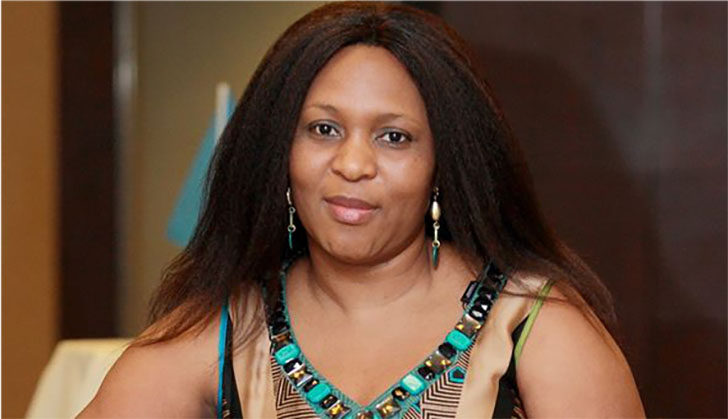 She is expected to receive the Award at Global Leaders Investment Summit dinner on 18 October in Toronto Canada.

The event will see a high-level investors’ round table fostering interaction between stakeholders to address policy challenges for investment and enterprise in commemoration of the UN Day Poverty Eradication.

The Global SGG Awards aims to honour outstanding personalities who have contributed positively in peace dialogues and conflicts resolutions, grassroots community development, massive youth and women capacity building while uniting leaders who have strong passion for humanity and serving as catalysts of social change in the society.

“I am dedicating this award to women from humble beginnings like me who have never forgotten where they are coming from,” Nyagomo told NewZimbabwe.com from her base in United Kingdom.

“It’s for us people from broken homes, who have broken all barriers and challenges to survive.

“It is for women like me who fight daily to break all barriers to be part of the decision making processes.

“I hope I will inspire women and youths to fly, soar above the clouds and excel. I serve because care,” she said.

The Global Award is a way of celebrating individuals who championed the promotion of peace, justice and empowerment of youth and women in accordance with the UN declaration.

A mother of two boys, Nyagomo has spent most of her time revolving around people, business, politics, community and supporting people in need.

“My work involves caring for others, standing up for those who do not have a voice, and supporting the efforts of others to better themselves,” she said.

“Most of all, I am a passionate community worker who loves working for the people and my purpose is to make people feel better and do better for themselves.”

She is also a politician, social activist and registered general nurse and critical care specialist.

Founder of Progressive Democrats of Zimbabwe, Nyagomo contested the Muzvezve seat in the 2018 elections albeit coming out unsuccessful.

In March 2015, she conducted her first online soap-making course with 18 women in Bulawayo Zimbabwe.

In May 2013, she visited Uganda on a Humanitarian Mission to conduct Soap-Making and Beads Jewellery workshops to empower women to have sustainable small Community Business.