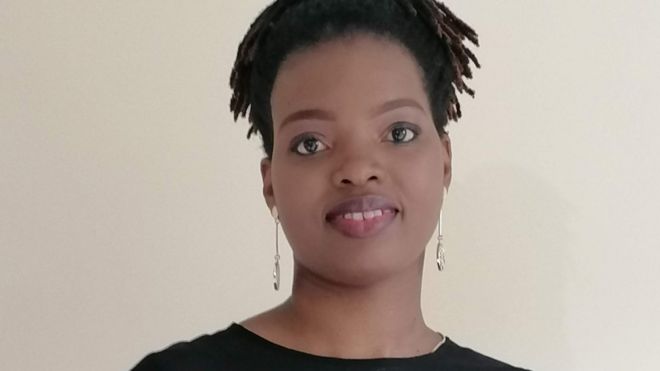 A woman named among the UK’s top 50 female engineers says people sometimes still question if they have the right number when they call her at work.

In the UK, just over 12% of engineers are women, according to the Women’s Engineering Society – among the lowest rates in Europe.

The organisation has named its winners for 2020, focussing this year on the theme of sustainability.

Among the winners is Sena Mathobela Nleya, who works for National Grid.

In 2016, she was the first woman authorised as a control engineer at its transmission national control centre in Warwick.

Originally from Zimbabwe, the 39-year-old said she had been “fascinated” by electricity since one of her friend’s father’s worked in a power station.

“At that time, I didn’t know any women or girls who did engineering,” she said.

“In my physics class there were two girls; at university I was one of two girls in my engineering class.

“When I started at university, a lot of people told how hard it is, it is not for girls.

“But my mum would always say ‘don’t listen to people, if you think can do it, you can do it’.”

Mrs Mathobela Nleya moved to the UK in 2009 to join National Grid as a power systems engineer and is now employed as a delivery manager.

She said moving to the UK, where she did not know anyone, was “tough”, but feels that attitudes to women in engineering are changing.

“I think people are more accepting of women as engineers now, although there are still very few women in engineering.

“I do get, every now and then, someone thinking they have the wrong number when I answer the phone.

She said she was “surprised” and “honoured” to have been shortlisted for the award.

She now wants to be a role model to other women and young girls to make sure they see engineering as an option.

“I think role models are really important, if I had never met my friend’s dad I never end up where I am, I wouldn’t have thought it was a possibility.

This year’s awards focus on the theme of sustainability. Due to the ongoing restrictions around the Covid-19 pandemic, they will be celebrated with a virtual event on 23 June.