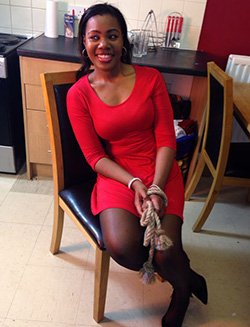 UNITED KINGDOM based Zimbabwean author Yvonne Ebhodaghe, nee Gwenyambira, has produced a film whose story line is based on her 2010 published book, Horizon.
Yvonne’s new film – Elusive Horizon – addresses the struggles of a young black woman, Winnie, who finds herself entangled in an extortion gang trap.
British Ghanaian, Fiona Baffour takes the lead role as Winnie.
Having worked for an extortion gang for four years and rising to become its biggest earner, Winnie sets out to leave the gang and go back to an honest life.
But the gang leader Tony, played by British actor, Garry Mcmahon, is not going to let go of their biggest earner.
Tony uses Tracy, played by British Nigerian actress, Yvonne Hays, to try and lure Winnie back.
The intricate extortionists operation is played by award winning Zimbabwean actress Demetria Karongah.
The film was shot in Stoke on Trent and actors came from as far as London and Liverpool.