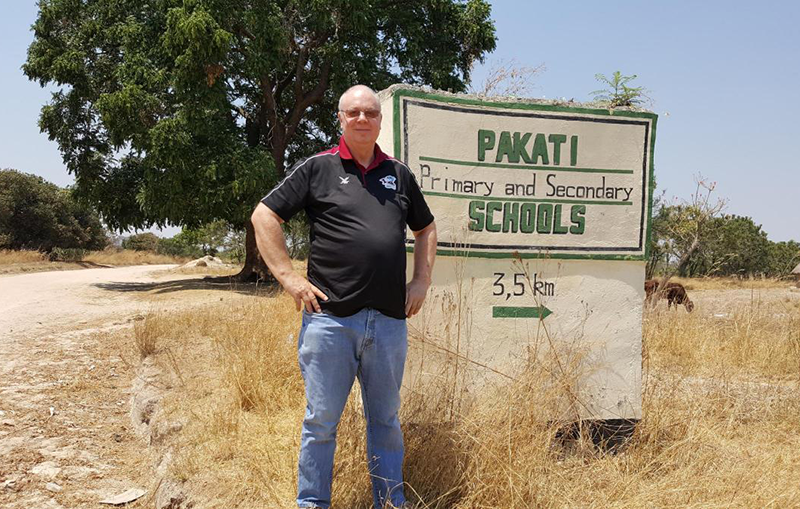 By The Telegraph & Argus

AN EX-TEACHER from Bradford arrived at his former school in Zimbabwe today as his fundraising campaign for underprivileged young people continues.

Chris Walker, who lives in Great Horton, is in rural Murewa where he is supporting Pakati secondary and primary schools.

Chris, who used to teach at Royd Mount Middle School in Thornton and Marshfield Primary, taught at Pakati Secondary School between 1989 and 1991.

He now runs the charity Friends of Pakati, through which he has donated laptops, polo shirts and football kits to the two schools.

Chris is still appealing for more funds to help the young people there.

“We have been very fortunate to have received a number of donations, which I am now transporting to Zimbabwe,” he said.

“But we are still looking for more funds to complete the solar repairs at Pakati Primary School.

“The solar panels need replacing, and the lack of power is a real problem for both schools.”

Chris, originally from Scunthorpe and a huge Iron fan, organised a fundraiser for Friends of Pakati when his beloved club visited Valley Parade last season.

Donations can be made via PayPal, or GoFundMe.