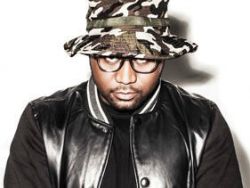 RAPPER Cassper Nyovest who, in May, donated performance fees to Zimbabwe victims of xenophobia, is set to perform in the UK this weekend.
Organisers said Nyovest will begin his performance on Friday at CLF Arts Café in Peckham and continue on Saturday at Reservoir Rd, Birmingham.
Featuring will be DJs Neptizzle, Xavier Ofishal, WellyTee, Xolani Nqo, King Alfred, Ambassadas, Seun KKP, KJ Glider and Logic (Monate).
In May, Nyovest made good on his promise to donate his performance fees for a concert held in Bulawayo, Zimbabwe to victims of xenophobia.
He handed over a cheque for R100,000 from his entertainment company, Family Tree Media to the victims through the Zimbabwe embassy in Pretoria.
“I don’t have all the solutions but I’m sure we can make things better by working together,” said Nyovest then.
Nyovest performed in Bulawayo on 25 April. His concert was marred by threats of violence after a social media post warning him not to perform went viral.
The award winning star insisted he would, promising to donate the proceeds of his concert to the xenophobia cause.
The decorated Nyovest, real name Refiloe Maele Phoolo, has won over 24 awards.
His album Tsholofelo, which means “hope”, is named after Nyovest’s younger sister. Work on the album began as early as 2011 and continued on through 2014.
It features guest appearances fromHPP, Okmalumkoolkat, Bicie, iFani, Riky Rick, Bass Mdlongwa, Ntukza, Kyle Deutschmann, Tshego, Anatti, Skales (Credited as Young Skalez), KayGizm from Morafe and Prokid.
Prior to its release, the album was supported by three free singles, “Gusheshe”, “Doc Shebeleza” and “Phumakim”, all of which achieved
Advertisement