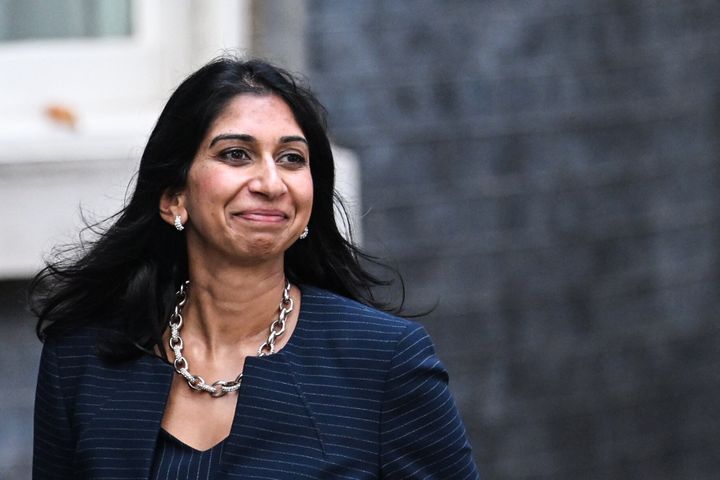 LONDON: Britain’s High Court ruled Monday that a plan to send asylum-seekers on a one-way trip to Rwanda is legal but the government must consider the circumstances of each case before deporting anyone, a judgment that sets the controversial policy up for further legal battles.

Several asylum-seekers, aid groups and a border officials’ union filed lawsuits to stop the Conservative government acting on a deportation agreement with Rwanda that is intended to deter migrants from trying to reach the U.K. on risky journeys across the English Channel.

The U.K. plans to send some migrants who arrive in the U.K. as stowaways or in small boats to the East African country, where their asylum claims would be processed. Those granted asylum would stay in Rwanda rather than returning to the U.K.

“The court has concluded that it is lawful for the government to make arrangements for relocating asylum-seekers to Rwanda and for their asylum claims to be determined in Rwanda rather than in the United Kingdom,” said Clive Lewis, one of two justices who made the ruling.

The judges said the policy did not breach Britain’s obligations under the U.N. Refugee Convention or other international agreements. But they added that the government “must decide if there is anything about each person’s particular circumstances” which meant they should not be sent to Rwanda, and had failed to do that for the eight claimants in the case.

U.K. Home Secretary Suella Braverman, who has called the Channel crossings an “invasion of our southern coast,” responded to the ruling by saying it “thoroughly vindicates the Rwanda partnership.”

“The sooner it is up and running, the sooner we will break the business model of the evil gangs” of people-smugglers, Braverman told lawmakers in the House of Commons.

The immigration spokesperson for the opposition Labour Party, Yvette Cooper, slammed the plan as “unworkable, unethical (and) extremely expensive.”

Rwandan government spokeswoman Yolande Makolo said the court ruling was “a positive step in our quest to contribute innovative, long-term solutions to the global migration crisis.”

But Rwandan opposition lawmaker Frank Habineza said it was wrong to send migrants to Rwanda, a densely populated nation with limited resources.

“This is not sustainable,” Habineza told The Associated Press.

Refugee groups said they would consult their lawyers about challenging the ruling. The judges set another hearing in the case for Jan. 16.

Enver Solomon, head of the charity Refugee Council, said the Rwanda plan was “a cruel policy that will cause great human suffering.”

More than 44,000 people who crossed the Channel in small boats have arrived in Britain this year, and several have died in the attempt, including four last week when a boat capsized in freezing weather.

The British government argues that its deportation policy will deter criminal gangs that ferry migrants on hazardous journeys across one of the world’s busiest shipping lanes.

Human rights groups say it is immoral and inhumane to send people more than 4,000 miles (6,400 kilometers) to a country they don’t want to live in. They also cite Rwanda’s poor human rights record, including allegations of torture and killings of government opponents.

The U.K. government has argued that while Rwanda was the site of a genocide that killed more than 800,000 people in 1994, the country has since built a reputation for stability and economic progress. Critics say that stability comes at the cost of political repression.

Britain has already paid Rwanda 140 million pounds ($170 million) under the deal struck in April, but no one has yet been sent to the country. The U.K. was forced to cancel the first deportation flight at the last minute in June after the European Court of Human Rights ruled the plan carried “a real risk of irreversible harm.”

The U.K. receives fewer asylum-seekers than many European nations, including Germany, France and Italy, but thousands of migrants from around the world travel to northern France each year in hopes of crossing the Channel, and the number has grown rapidly in the past few years.