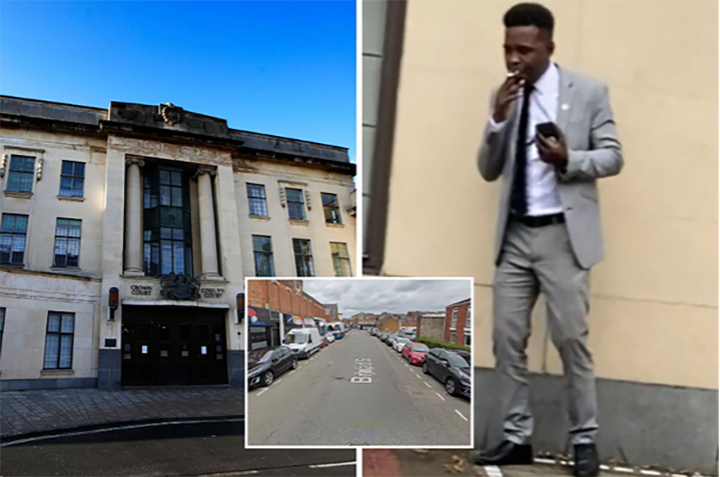 OXFORD: A man was stabbed because he had not paid his housemate for looking-up a social services telephone number.

Wadzanai Jaure’s victim claimed that the 40-year-old had waved the kitchen knife towards his face. He put up his hands to protect himself and, as a result, received a slash wound to his left index finger.

In a victim personal statement read to Oxford Crown Court by prosecutor Christopher Harper, the complainant said the injury left him unable to work – and so unable to send back the £250-a-month on which 10 people at home in Zimbabwe relied.

He feared that Jaure would ‘come back with his knives and hurt me more’.

Sentencing him to two years’ imprisonment suspended for two years this past week, Judge Michael Gledhill KC said: “Anybody who picks up a knife intending to threaten somebody and actually causes a wound, as you did, has to receive a prison sentence.”

Harper, for the Crown Prosecution Service, told the court that the defendant and his victim had known each other for a decade. They had lived together in a shared house in Broad Street, Banbury, for five months before the attack.

“The victim had been in some financial difficulty and looking for assistance through the Job Centre and through loans and asked Mr Jaure for assistance to find a phone number for the appropriate social services department,” he said.

“He received that help and, effectively, the defendant requested to be paid for it.

“There was an agreement between them, but there seemed to be some falling out later when that payment wasn’t forthcoming.”

On April 29, Jaure told his housemate that he ‘wanted to kill him’. The complainant did not take the threat particularly seriously and Jaure, whose lawyers said the threat was disputed, left the shared property.

The defendant, who had been drinking, returned later that day. The argument resumed, Jaure told his housemate ‘you don’t respect me’, picked up a knife and waved it at his housemate.

Jaure, of Albert Street, Banbury, pleaded guilty to causing grievous bodily harm and threatening another with a knife in a private place.

Dana Bilan, mitigating, said her client was ‘deeply remorseful’ and had been ‘in tears’ at court on more than one occasion. She described the assault as an ‘impulsive reaction’.

The court heard dad-of-two Jaure had struggled with depression and anxiety, linked to his difficulties renewing his immigration status. He now has leave to remain in the UK.

He had also suffered traumatic abuse while a child in Zimbabwe. “When asked about this he finds it very difficult to open up,” Bilan told the court.

As part of his sentence, Jaure must complete 10 rehabilitation activity requirement sessions with the probation service, wear an alcohol abstinence tag for 90 days and pay £1,200 in costs and compensation.

A restraining order bans him from contacting his victim for five years.