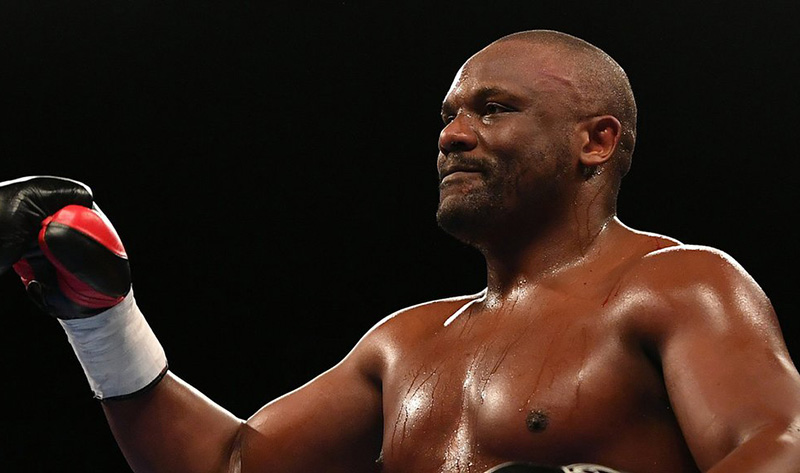 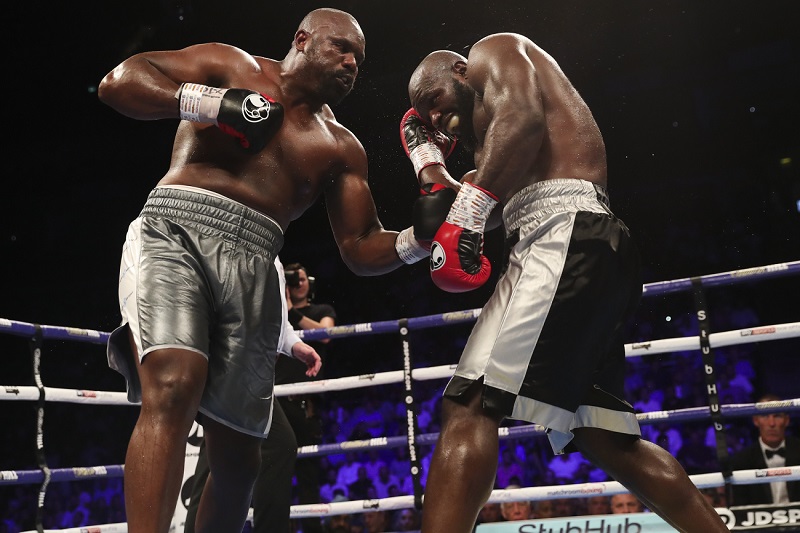 Chisora provided another surprise twist in his entertaining career with a brilliant, eighth-round knockout against Takam, who lasted 10 rounds against Joshua.

Takam looked to be heading toward a points victory over Chisora, who absorbed considerable punishment before finding the strength to land two big right hands that twice floored Takam.

France-based Takam, 37, who stepped in at short notice against Joshua and lasted longer than expected, pummelled Chisora on the ropes for much of the fight.

Chisora, however, turned the fight in dramatic fashion with two seismic right hands that sent Takam to the canvas.

“I definitely want the winner of the main event,” Chisora said ahead of the fight between London rival Dillian Whyte and Joseph Parker.

“Takam is tough. I realized I couldn’t trade with him toe-to-toe. I knew the overhand right could catch him. In that round, I knew it was time to send it home.”

Zimbabwe-born Chisora, who has lived in north London since childhood, is consistently inconsistent, capable of taking Vitali Klitschko to points in a valiant WBC world heavyweight title bid in 2012 but then flopping in domestic fights against David Haye and Tyson Fury.

More recently, Chisora (29-8, 21 KOs) was impressive in a thrilling points loss to Whyte in December 2016 but lost three of his past six fights before taking on Takam.

Chisora looked like he was heading to another defeat in the first round after taking a terrible beating.

Takam (35-5-1, 27 KOs), who was born in Cameroon, snapped back Chisora’s head with a right uppercut and spent most of the round unloading clubbing hooks while Chisora sat on the ropes near his corner.

But this fight had many twists and turns, and the 34-year-old Chisora started the second round more positively before the pair did not hold back as they exchanged big hooks.

Takam was more active, and Chisora once again was content to absorb blows on the ropes in the fifth round.

A right sent Chisora crashing against the ropes in the sixth amid intense pressure, but the Londoner quickly recovered and rallied to finish the round on the attack.

Chisora was being outpunched and dominated, but it did not matter when he landed a big overhand right to the top of the head that floored Takam in the eighth.

Takam was still dazed when he got to his feet, and he was quickly returned to the canvas by a right to the jaw.