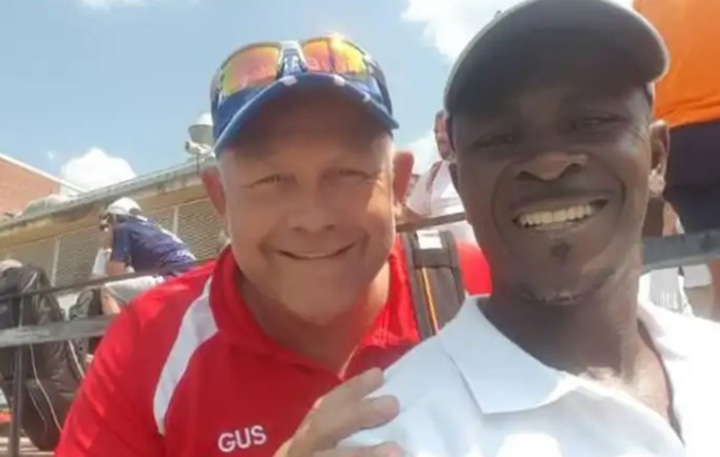 UNITED Kingdom: A former Goring Cricket captain has got the call to coach the Zimbabwean National Woman’s Hockey Team at World Series Open!

Gus McVey, who originates from Zimbabwe, but has been a resident of East Devon for the past 26 years, has been appointed to the post through to the end of December with the possibility of an extension.

But that depends on the outcomes to the World Series finals in June 2019 and the All Africa Games in October 2019 in Morocco. Should the team finish in the top two in the first stage, called the World Series Open, which is taking place from December 7 to December 10, in Bulawayo, Zimbabwe.

The teams involved are Namibia, Zambia, Zimbabwe and Egypt. This is the first ever FIH (Federation of International Hockey) tournament to be held and run by Zimbabwe. The last was run by the African federation.

Gus could not quite believe his call-up at first. He explained: “The first I knew that I had secured the post was on Facebook via a friend who had screenshot the squad list with the caption saying, is this you. It took a bit of time to work out.

“I even printed the list off to double check. They had used my full name which is Angus McVey and as I have always been known as Gus McVey here in the UK even I forgot my real name. The next day I received my official letter informing me I had the post and that I had been nominated by a masters player that I had recently coached at the Masters World Cup in Spain in August 2018.”

In recent years Zimbabwe has competed in the U21 world cup in Chile 2016 and also had a youth team at the Youth Olympics last month in Rio. So there is a mix of older and younger players in the squad.

The team has an amazing opportunity to put Zimbabwean hockey back on the world map.

So, how did Gus get to this stage in terms of his sporting life?

He said: “Growing up in Africa we had to play all sports at school, hockey was just one of them.

“I come from a very sporting family with both my parents, aunts and grandparents being internationals for Rhodesia in a variety of different sports.

“The hockey bug came about around 10 years ago after a hockey game at Sidmouth College for the Sidmouth men’s mighty third team. “The ladies’ team captain at the time mentioned they needed a coach so I took it on. I got qualified as a level two coach and started coaching.

“The players were very understanding and just accepted my crazy ideas. In the second year of coaching I found out I needed to have both my hips replaced due to wear and tear.

“As soon as I was up, six weeks later, one of the players would pick me up and we would go to the pitch to train or go to games. They made the Devon Cup final that year.”

He continued: “I was then approached by Devon Hockey to coach in the county system and it was being run by a lady called Sue Hutchins and she had a big effect on my coaching style as I was able to express my thoughts and put them into my coaching.

“I took over coordinating the Devon system from her when she stopped running it and was honored to receive the Rees Trees Rose Bowl award for services to Devon hockey that year.

“That same year I was approached by Exeter College to run their hockey academy as head coach and now I am in my fifth season with them.

“I was invited travelled to Egypt last October half-term by the African Hockey Federation to attend the African Cup of Nations to complete a FIH Level Three qualification.

“From there things have grown as I have run coaching coaches clinics and taken donated used kit with me out to both Kenya and Zimbabwe for youth projects being run out there.”

He said: “What next? Wow! This is just the beginning. I have been to two Masters World cups, the first in Rotterdam in 2014 and then in Barcelona in 2018.

“I find every time I watch a game I learn something new. That said, I recognise I still have lots to learn, but then I am also very fortunate that I have amazing behind-the-scenes network of support from friends, family and former players who have all been involved in my journey and sharing it is my way of saying thank you for the support.”

McVey was at Goring-by-Sea Cricket Club from 2001-2006. He said: “I loved my time at goring cricket club made some fantastic friends I also played a bit of hockey for Penguins in the off season and it was my home for six years.”