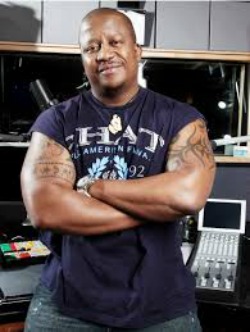 POPULAR South African DJ Fresh will, this weekend, be performing in the UK to raise money for charity, show organisers have said.
The DumisaniFoundation (a UK  based charity) and Mabuza productions  supported by Icons of Africa and Mzansi Jams, said the internationally acclaimed  House  music DJ Fresh will be in Slough (Fantasy  night club) on Friday the 12th  of August  2016 and in Birmingham (Club LA`Reference)  on Saturday.
Both shows kick off at 21.00 hours.
Speaking from Bulawayo, Dumi Zifa Ndlovu (Director) of DumisaniFoundation this week, said, “We are appealing to all Zimbabweans in the UK to support us -considering that some of the money raised will be geared towards charitable causes.”
The foundation is engaged in many activities in the country including supporting young talented footballers who are still at school.
Popularly known as DJ Fresh, Thato Sikwane is a music producer, business man, as well as a radio and television personality best known as a host on 5FM. Born in Botswana, Sikwane made his name as a host on YFM, a South African radio station in the 1990s. He was to join 5FM in 2006.Advertisement

He has released over 30 albums to this date.