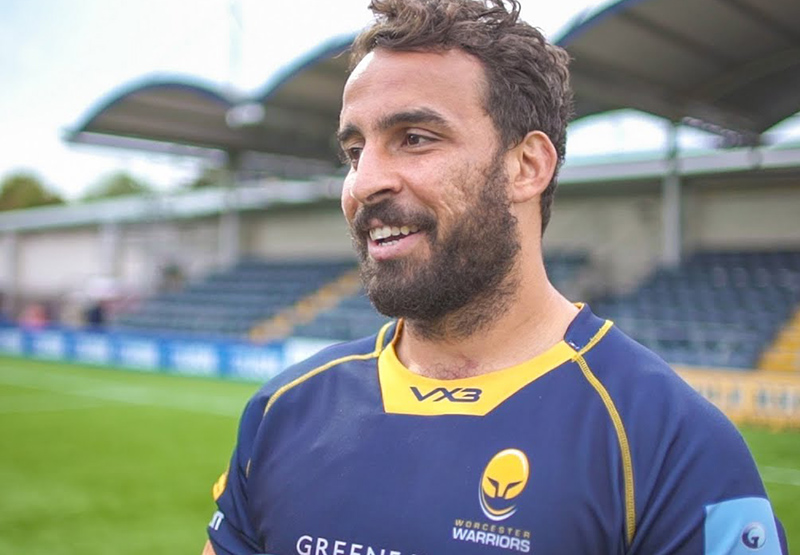 FORMER Zimbabwe Under-20 rugby team captain Marco Mama has pledged his future at English premiership side Worcester Warriors after agreeing a new one-year extension to his contract which was due to expire at the end of the current season.

Worcester already have in their ranks another Zimbabwean player, tight-head prop Farai Mudariki, who recently also agreed a new deal to remain at the English rugby union side.

Mama, who has become fans’ favourite at Sixways, scoring three tries in 44 appearances since his arrival in 2015 said he was delighted to continue his career at the club.

“I’m enjoying everything that is going on here. It’s good to have consistency from a coaching perspective and continuity in the squad,” Mama said.

“We have shown in some of our performances this season the benefits of having a squad that has gelled and bonded together well, and which understands the systems that are in place.

“We’ve had some good cup form this season and we’ve blooded quite a few youngsters. It’s been good to see the likes of Ted Hill and Ollie Lawrence coming through and doing so well.

“It’s an exciting time to be involved at the club and things are only going to get better next season.”

Mama first joined Warriors on loan from Bristol in 2015 before moving on a permanent deal early in 2016.

A knee injury forced him to miss the majority of last season but has re-established himself as a first-team regular, making 12 appearances this term.

Worcester Warriors director of rugby Alan Solomons said he was pleased to see Mama become the latest member of his current squad to pen a new deal.

“It is great news for the club that Marco has extended his stay with us.

“He is a terrific player and a fantastic team man. He is also one of our leaders and is invaluable to the team.”

Although born in Kaduna, Nigeria Mama grew up in Zimbabwe and was part of the Young Sables side which won the Junior Africa Cup in 2009 and 2010.

Mama represented the Zimbabwe Under-20 rugby team at the 2010 and 2011 editions of the World Rugby Under-20 Trophy tournaments before pursuing a professional rugby career in England.