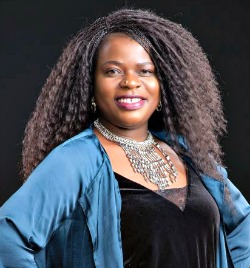 Matildah Tekeshe of The Rivers of Joy Music is set to headline a gospel concert in Bedford.
She recorded her first album Album Kugona kwaMwari in 2006 and then later recorded her second album, Mukana Uripo.
Matildah has such a sensational touch when it comes to worship and also has energetic praise songs that will keep the crowd on their feet.
She is hosting her first ever Gospel concert on Friday the 22nd of September 2017 at The Bedford Corn Exchange featuring Sonnie Badu, UK based Ghanaian gospel artist, who is also a multiple award winner.
Sonnie has sung along renowned gospel artists such as Donnie McClurkin, Bebe & Cece Winans, Yolanda Adams and many more.
Also on the line-up is Tyra Chikocho (Madam Boss) all the way from Zimbabwe, who is a Zimbabwean gospel artist and a great comedian, Queen Patience and the UK South African Singers/Dancers, Setina Mandivheyi and Nursel.
“There is going to be an explosion of praising & worshipping on the night,” said the event organisers.
Tickets are available via Eventbrite Gospel Explosion Concert or direct from promoters through contact numbers on concert flyers. The Concert will start at 1830hrs and finishes at 2300hrs.Advertisement