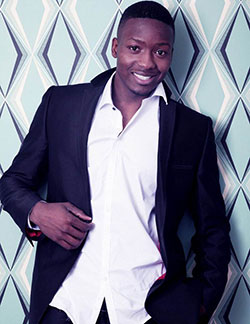 JUST when we thought he couldn’t get any better, he has done it again!
Award winning gospel artist, Walter Chahwanda, has partnered with the Sungano star, Sharon Manyonganise, to put together yet another hit titled ‘God Did It’.
Based in the UK, Chahwanda has been making major waves on the gospel music scene.
With links to some of the most influential gospel artists from various countries such as Sonnie Badu, Atta Boafo and Allen Burton, Walter has become one of the best young sounds on the gospel scene.
Last year he won a chairman’s award for upcoming artist of the year at the ZIMAA UK awards in addition to being nominated for the people’s choice award at the Zim Achievers Awards.
Zimbabwe-based Sharon Manyonganise is one of the leading voices of the group Zimpraise and also does a lot of solo work.