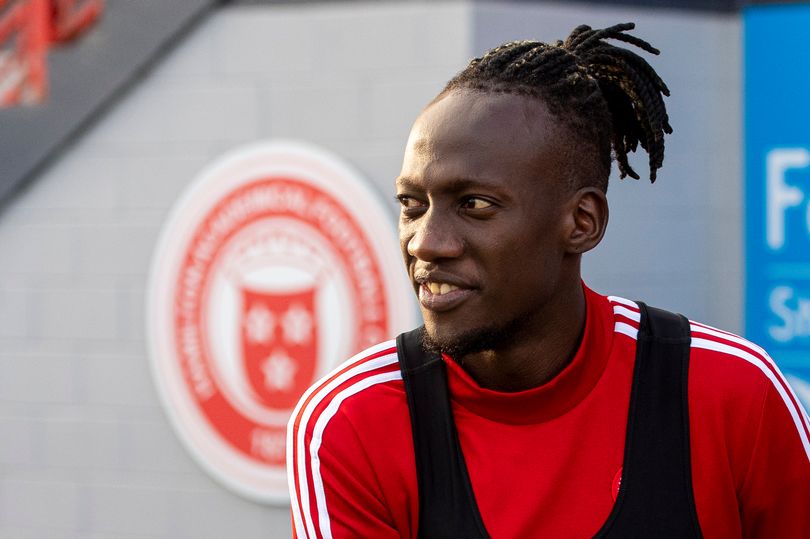 HE watched on as his side faced eventual African champions Senegal – and Hamilton’s David Moyo had time afterwards to sell Liverpool star Sadio Mane on Accies.

The forward is back with Stuart Taylor’s men after spending part of January at the African Cup of Nations in Cameroon with Zimbabwe.

While not making an appearance at the tournament, it was a brilliant period for the Hamilton star, who got to train and come up against elite European players like Lyon’s Tino Kadewere.

His team battled with eventual champions Senegal in their first game and only a stoppage-time penalty from Mane sealed a narrow 1-0 win for Les Lions de la Teranga, who won their first title by beating Egypt in the final.

Moyo was disappointed not to play but insists the tournament was still a great learning curve for him. He might be linking up with the Liverpool superstar too.

Speaking on the 13th episode of the Lanarkshire Live Sport Podcast , Moyo joked: “Yeah, I gave him a few pairs of boots! I had a word with him (about joining Hamilton) and he said just to pass his number on.

“To be fair to him, he said he would do it for the banter. He likes the boys! It was so good. It brought some fantastic new experiences for myself. I got to go to a major tournament, which I have never done before.

“It was great and I learned a lot. You get to see the big players live with your own eyes, and in the corridors and things.”

Zimbabwe exited the tournament at the group stage and Mane’s 97th minute penalty beat them stung. But watching him in action has proven inspiring for Hamilton’s Moyo.

He said: “The game went down to 97 minutes and he scored the penalty. But that’s what big players do. You are playing with some of the biggest players across Europe.

“Some of the players at AFCON were frightening. Sadio Mane, I’ve never seen anyone move as quick in my entire life.

“He runs at full tilt and still keeps control of the ball. You are asking yourself how he does it. I feel like being around and playing with people in the Champions League, they have a different mindset.

“They play the game in a different way. I’ve just tried to take as much as I could from all the different strikers.”