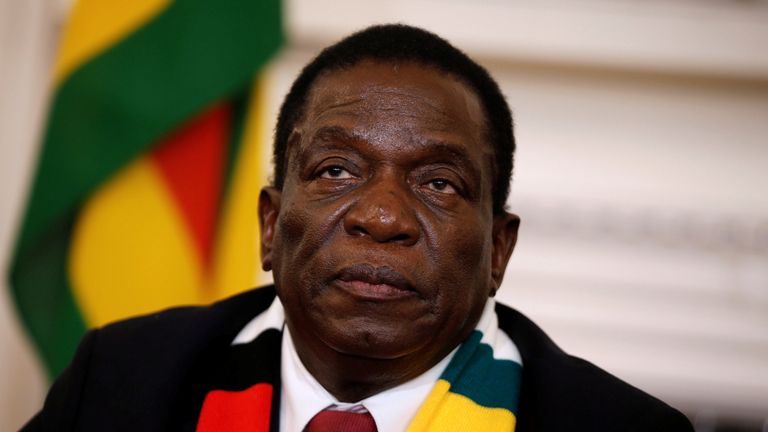 The upcoming general elections in Zimbabwe should be a highlight of the country’s willingness to re-join the Commonwealth but so far, nothing is pointing in that direction, according to Sonny Leong, a British Labour Party legislator.

Leong was speaking during a parliamentary debate on Thursday on what the UK was doing about Zimbabwe’s readmission bid.

“In the context of Zimbabwe’s application to re-join the Commonwealth, the 2023 election could and should be an opportunity for the government to demonstrate its democratic credentials. Sadly, the portents are not good,” he said.

There is consensus within the Commonwealth that Zimbabwe should be readmitted.

Leong asked whether keeping Zimbabwe outside the group would do any good.

He also pointed out the Commonwealth itself was not entirely in good standing, with some of its members also violating basic human rights.

Therefore, asking too much of Zimbabwe was not fair.

“[The Commonwealth is a progressive bloc], however, that does not make me blind to the flaws and inconsistencies of the organisation and its constituent nations.

“On the issue of capital punishment, for example, only 37% of Commonwealth countries have abolished the death penalty in law, compared with 57% of all countries internationally,” Leong argued.

Indeed, several Commonwealth nations have fervently defended their sovereign right to retain it. Although we should loudly condemn atrocious abuses of power being enacted in Zimbabwe, let us be wary of making demands of a country that, sadly, some current members would not themselves meet.

Liberal Democrat Baron Jonny Oates said “severe damage would be done” to the Commonwealth’s reputation by readmitting Zimbabwe while it failed to meet the basic standards of the organisation’s human rights benchmark.

Oates said Zimbabwe was in “flagrant” violation of the Harare Declaration of 1991.

The declaration was signed in Harare when Zimbabwe hosted the Commonwealth Heads of Government Meeting.

It remains the organisation’s most important document as it defines its political values.

These are a commitment to democracy, the rule of law, human rights, and opposition to racism.

Oates added a Commonwealth assessment team was in Zimbabwe in November last year and noted “progress” had been made.

As such, he raised concerns there was an inside chance of Zimbabwe being readmitted ahead of general elections due this year.

A Human Rights Watch (HRW) report released on Thursday could support Oates’ argument Zimbabwe was not ready as a suitable candidate for readmission.

According to the HRW:

The human rights climate in Zimbabwe deteriorated in 2022 without the government taking any meaningful steps to uphold rights and ensure justice for serious past abuses primarily committed by state security forces. There has been little progress on investigations into abductions, torture, arbitrary arrests, and other abuses against opposition politicians and activists.

Conservative legislator Lord Hugo Swire noted Oates painted a “fairly bleak picture of what was going on in Zimbabwe and raises some astonishingly serious points”.

But “where there’s a will and hope we should be there to encourage, not always to criticise”. Swire said.

He added by continuing to isolate Zimbabwe, the Commonwealth would “risk driving Zimbabwe to look elsewhere for international allies”, making a special mention of China.