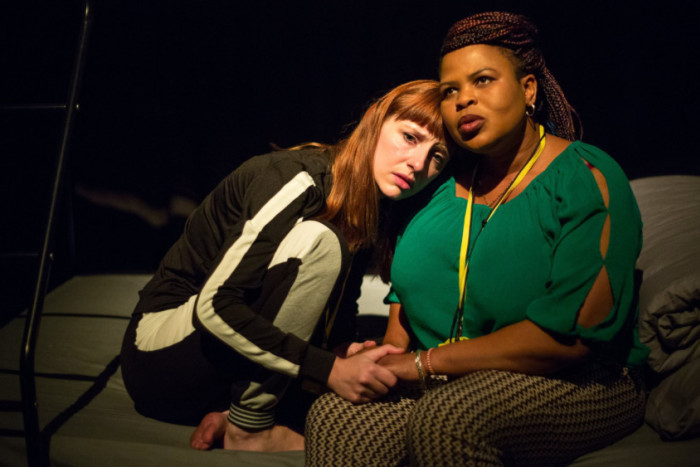 LEEDS, UK: Just one detail of Emily Ntshangase-Wood’s life is heart-breaking. Together it’s a wonder that she has survived at all.

An asylum seeker from Zimbabwe she was raped as a teenager and gave birth to a son. When her father disappeared under Robert Mugabe’s brutal regime her family arranged for her to be smuggled over the border with the hope she could begin a new life with an uncle in South Africa. It wasn’t to be.
While she managed to finish her schooling and university education in Bulawayo, becoming an English teacher, when her uncle was murdered she was forced to pack her bags again and headed for England.
Arriving alone to Heathrow airport, the family friend who was supposed to meet her never turned up and after spending a few nights in a back-packers hostel she became just another number for the immigration office to process.
With no official papers, her qualifications counted for nothing and she became a victim of modern day slavery, cleaning houses for pennies.
Arrested numerous times for working illegally, she has spent time in the notorious Yarl’s Wood detention centre and yet through it all, Emily, who now lives in Leeds, never gave up hope that here she could find a better life than the one she had left behind.
“When I first came to England I remember walking out of the airport and bursting into tears,” she says.
“I didn’t know anyone and I didn’t know how anything worked over here, but I also knew I couldn’t go back. I was suddenly anonymous and I had no idea what to do.
“There have been some dark times. My son died when he was 22. I still don’t really know what happened and I haven’t even seen his grave.
“However, even when I had nothing, I always had my faith. I believe that my life was spared for a reason, so I must live it as well as I can.”
That faith might just be about to be repaid. While the Home Office initially refused Emily asylum in the UK because they said she was not Zimbabwean but South African, the wheels of bureaucracy do finally appear to be turning.
Now studying a social work course at Bradford University, she is hopeful of being granted leave to remain and she is also taking centre stage in a new play by SBC Theatre highlighting immigration issues.Advertisement

“We knew we wanted to write a play which looked at what happened when someone tries to seek asylum here,” says the writer of Tanja, Rosie MacPherson.
“We had already done a lot of research, but we knew that if it was going to be authentic we needed to speak to someone who had lived through it.”
Through Leeds City of Sanctuary, which is part of a national movement to support those seeking asylum, Rosie was introduced to Emily and together they began putting the flesh on the bones of the original idea.
An early version of the play was staged last year, but the production has since been refined with tonight marking the first performance of a full tour.
“I am nervous, I don’t want to let anyone down, but it does feel important to speak these words,” says Emily.
“I will never forget being taken to Yarl’s Wood. I didn’t know where I was going, all I knew was that I had been stripped searched and assumed I was being taken to prison.
“I shared a room with a woman who couldn’t speak English, but even though we couldn’t have a conservation she could put her arm around me when I cried, so when she was moved I was bereft.
“However, I think it is important to remember that however bad your life is, someone, somewhere is having a worse time. It’s why I always try to volunteer whether be for a church or a soup kitchen. For me every day is far from certain, but I want to feel useful.”
*This article is taken from the Yorkshire Post.