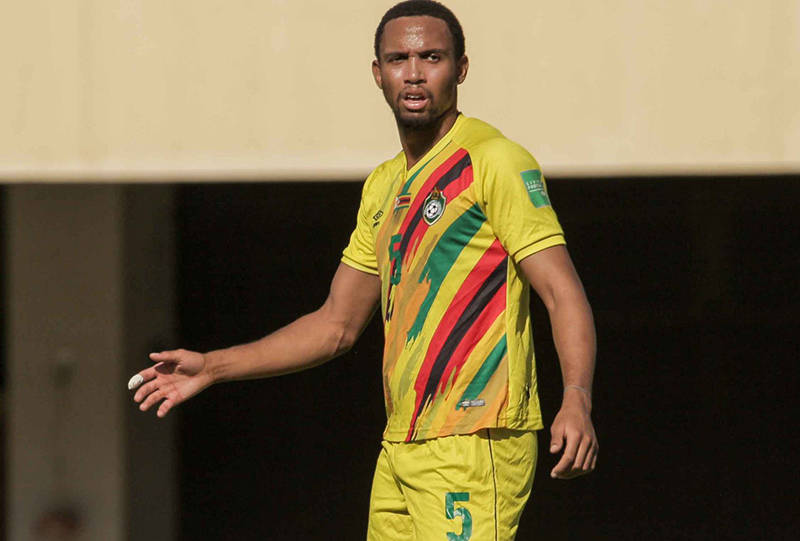 PLYMOUTH Argyle defender Brendan Galloway is out of a knee brace as he moves to the next stage of his rehabilitation from a serious injury.

The Zimbabwe international remains on target to be ready for pre-season training in June, ahead of the 2022/23 EFL campaign.

That is also the case with wing-back George Cooper, who has been sidelined for much of the last 18 months after two operations on his left knee.

Cooper, 25, has made just one start and two substitute appearances for the Pilgrims since December 2020.

Galloway signed for Argyle on a short-term contract last summer after a pre-season trial following an injury-hit two seasons at Luton Town.

He had made 14 starts and two substitute appearances this term, scoring twice, before he was injured in the 3-0 League One defeat by Wycombe Wanderers at Home Park on November 23.

He had an operation in late December to repair a torn patellar tendon, which attaches the bottom of the kneecap to the top of the shinbone.

The surgery was carried out successfully by top consultant knee specialist Sam Church in London.

Galloway’s performances for Argyle led to him making his first two international appearances for Zimbabwe in World Cup qualifiers against Ghana and South Africa.

Cooper had a second operation on his left knee in January, after surgery 12 months earlier, and is now working on his latest rehabilitation at Home Park.

Argyle manager Steven Schumacher said: “Both are doing really well, Brendan in particular. I spoke to him last week and he was saying he feels as though he’s ahead of schedule.

“He had a similar sort of injury to his other knee a few years ago so he’s comparing it to that. He said he feels great, he feels strong and his rehab is going really well.

“George is the same. He’s in a good place, he looks well at the moment. Fingers crossed we have him back ready for pre-season as well.”

Galloway’s short term deal with Argyle ended in January but after impressing in first team action before his injury he signed a new contract until the end of the 2022/23 season.

Schumacher added: “He’s not long out of his knee brace. He’s at the stage now where he has got to build up the muscle again around that area.