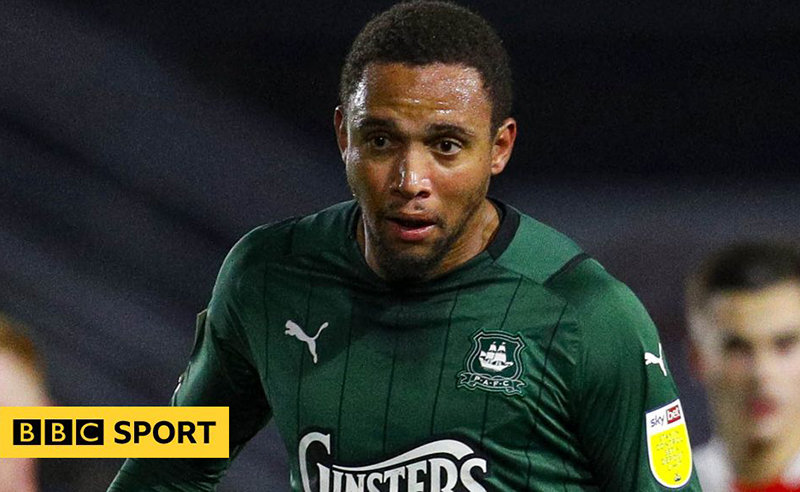 Defender Brendan Galloway will be doing all that he can to be fit again for pre-season this summer, according to Plymouth Argyle manager Steven Schumacher.

Galloway, 25, is setting out on a rehabilitation programme after an operation to repair a torn patellar tendon in one of his knees.

The Zimbabwe international has been boosted by signing a new contract with the Pilgrims this week which will take him through until June 2023.

Now, with his future settled, Galloway can concentrate on recovering from the injury he suffered in the 3-0 League One defeat by Wycombe Wanderers at Home Park in late November.

Galloway had previously been on a short-term deal with Argyle after joining them in pre-season as a free agent.

However, his impressive performances before his injury clearly warranted a longer contract and the club were ready to do that even though he will not play again this season.

Schumacher said: “It had been agreed for a couple of weeks, it’s just that he has been up north with his family in the early part of his rehab.

“He came back early on this week and the contract was there ready for him to sign. I’m pleased he has done it and made up for him, and now he can fully focus on getting himself fit again.”

With Galloway sidelined, Argyle have brought in 22-year-old Romoney Crichlow on loan from Huddersfield Town until the end of the season to compete for the place on the left side of defence with Macaulay Gillesphey.

All being well, Galloway will be ready for the start of the 2022/23 EFL campaign.

Schumacher said: “Speaking to the medical team, that’s their plan. They have got a rehab programme in place for Brendan that he will follow.

“Brendan is a good professional and he has been in this situation before where he knows how to get back to full fitness.

“It’s not something that’s new to him. I know he will be doing everything he can to get himself right for pre-season, and if he gets back in pre-season then we have got another real good player for our squad, ready to go.”