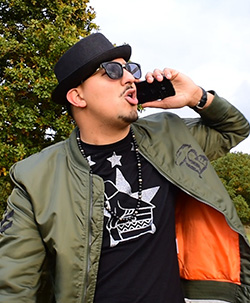 KAZZ is back at it again with his 5th video for his latest single ‘Kudana’ which will be featured on his upcoming album later on this year.
Last year was about consistency, dedication and hard work. It was about recognition and raising the bar. Kazz played hard and worked even harder and we have the proof.
The talented pop star released single after single, followed by videos which caught a lot of attention. He began the year with the release of ‘Shes Worth It’, followed by ‘Can We Make It Work’, ‘Thinking of You’ and ‘Tonight’.
Some would say that he went off the radar following the last video but, actually, the work never stopped.
Kazz has been working on what is going to be on hell of an album, he’s collaborated with artists like Bailey Brown, Roberto, and Cal-Vin.
“We all know Kazz as a very diverse artist, he’s dabbled in many a genre so this time he’s gone for the international African feel. We know you’re going to love the Kazz of 2017,” says his publicist.
Apart from the music, Kazz also welcomed his first born, a baby boy.
This is what he had to say: “2016 was a big year for me! I came out officially as a solo artist, I worked on music and video productions to give my fans a feel of my new flow.
“It was definitely a great year! Apart from that, my wife gave birth to our baby boy! I cannot even begin to explain that amazing feeling of bringing a child into the world, honestly, I’m completely besotted with my boy, I feel complete, I love my little unit.”
Moving forward, what does Kazz have in store for 2017?
“Well last year was definitely about branding and consistency, this year is going to be about working hard and working smart.
“I’m due to drop my album this year and I have worked with some very talented artists in the aim to make my vision into a reality.”
Kazz recently dropped his latest single ‘Kudana’ a mix of afro pop & RnB, produced by Mintol of Big League Music.
The style of music is the new generation of African music that is hitting the UK scene. The single is a fusion of Shona, English and a hint of Ndebele. It’s in, it’s hot!
This time the project was led by Bidzi Films alongside Boomslang Media and the clothing line was sponsored by Rated-R.Advertisement

Regarding the video concept, Kazz simply chuckled and replied; “My wife always says I never answer the phone when she calls and then says, she’s not going to call me anymore.
“That basically gave my team & I the idea for the visual, it worked perfectly!”
Kazz was thrilled and filled with excitement. He promises 2017 will be another great year and we cannot wait to see what else is in store.