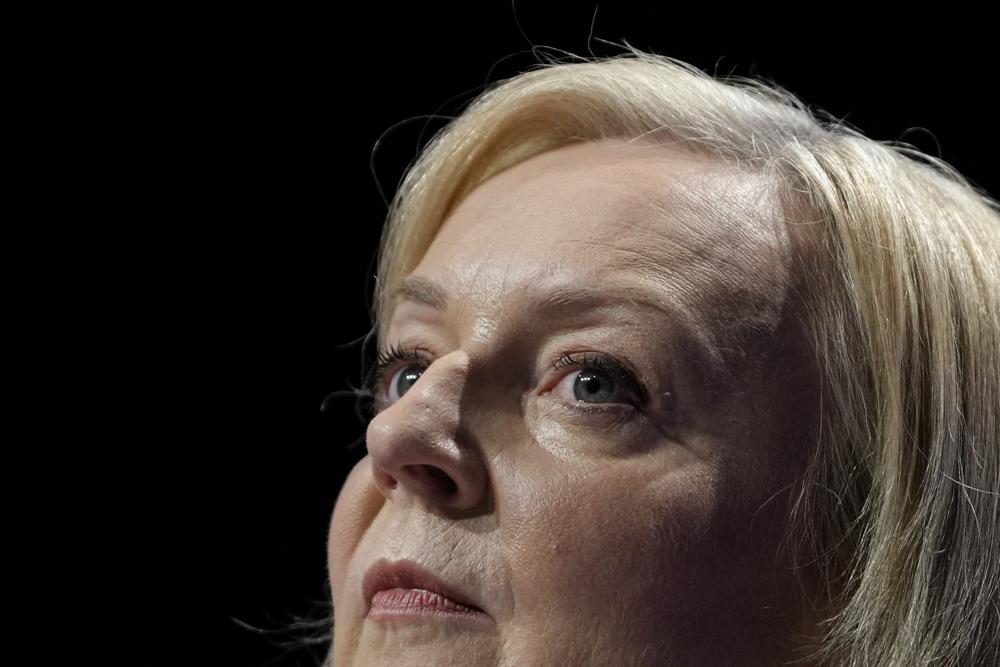 LONDON: When Liz Truss was running to lead Britain this summer, an ally predicted her first weeks in office would be turbulent.

But few were prepared for the scale of the sound and fury -– least of all Truss herself. In just six weeks, the prime minister’s libertarian economic policies have triggered a financial crisis, emergency central bank intervention, multiple U-turns and the firing of her Treasury chief.

Now Truss faces a mutiny inside the governing Conservative Party that leaves her leadership hanging by a thread.

Conservative lawmaker Robert Halfon fumed on Sunday that the last few weeks had brought “one horror story after another.”

“The government has looked like libertarian jihadists and treated the whole country as kind of laboratory mice on which to carry out ultra, ultra free-market experiments,” he told Sky News.

It’s not as if the party wasn’t warned. During the summertime contest to lead the Conservatives, Truss called herself a disruptor who would challenge economic “orthodoxy.” She promised she would cut taxes and slash red tape, and would spur Britain’s sluggish economy to grow.

Her rival, former Treasury chief Rishi Sunak, argued that immediate tax cuts would be reckless amid the economic shockwaves from the coronavirus pandemic and the war in Ukraine.

The 172,000 Conservative Party members -– who are largely older and affluent — preferred Truss’ boosterish vision. She won 57% of members’ votes to become leader of the governing party on Sept. 5. The next day, she was appointed prime minister by Queen Elizabeth II in one of the monarch’s final acts before her death on Sept. 8.

Truss’ first days in office were overshadowed by a period of national mourning for the queen. Then on Sept. 23, Treasury chief Kwasi Kwarteng announced the economic plan he and Truss had drawn up. It included 45 billion pounds ($50 billion) in tax cuts -– including an income tax reduction for the highest earners — without an accompanying assessment of how the government would pay for them.

Truss was doing what she and allies said she would. Libertarian think-tank chief Mark Littlewood predicted during the summer there would be “fireworks” as the new prime minister pushed for economic reform at “absolutely breakneck speed.”

Still, the scale of the announcement took financial markets, and political experts, by surprise.

“Many of us, wrongly, expected her to pivot after she won the leadership contest in the way many presidents do after winning the primaries,” said Tim Bale, professor of politics at Queen Mary University of London. “But she didn’t do that. She actually meant what she said.”

The pound plunged to a record low against the U.S. dollar and the cost of government borrowing soared. The Bank of England was forced to step in to buy government bonds and prevent the financial crisis from spreading to the wider economy. The central bank also warned that interest rates will have to rise even faster than expected to curb inflation that is running at around 10%, leaving millions of homeowners facing big increases in mortgage payments.

Jill Rutter, a senior fellow at the Institute for Government think tank, said Truss and Kwarteng made a series of “unforced errors” with their economic package.

“They shouldn’t have made their contempt for economic institutions quite so clear,” she said. “I think they could have listened to advice. And I think one of the things that they got very wrong was to announce one part of the package, the tax cuts … without the spending side of the equation.”

As the negative reaction grew, Truss began to abandon bits of the package in a bid to reassure her party and the markets. The tax cut for top earners was ditched in the middle of the Conservative Party’s annual conference in early October as the party rebelled.

It wasn’t enough. On Friday, Truss fired Kwarteng and replaced her longtime friend and ally with Jeremy Hunt, who served as health secretary and foreign secretary in the Conservative governments of David Cameron and Theresa May.