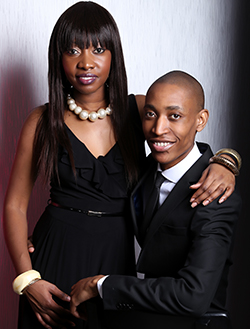 GET your glad rags ready because music legend and revered pastor, Zex Manasta has been confirmed as the second guest artist to perform at this year’s Free to Worship (FTW) concert in London.
The founder and former frontman of the popular Green Arrows band joins gospel sweetheart Ntokozo Mbambo in a stellar line-up of musicians for the event taking place on the 1st of October at the Dominion Centre in the heart of Woodgreen.
FTW production manager Tawanda Sarireni said he was over the moon and eagerly anticipating the event.
“We grew up listening to the sounds of Zex Manatsa and the Green Arrows, so to have him perform at our fifth concert is beyond incredible and we are truly humbled that he has accepted,” said Sarireni.
“Zex is a music icon and one of Africa’s most amazing bass players and, we cannot wait to hear what he has in store for the night,” added Sarireni.
Manatsa, a self-taught bass player, launched his music career in Mhangura at the age of 17. His ‘raspy’ vocals and unusual skills on the bass guitar defined the band’s sound.
The Green Arrows are considered one of the most important musical acts to have emerged from Zimbabwe in the 1970’s.
Formed by Zex and Stanley Manatsa in 1966, The Green Arrows quickly rose to become one of the most sought after bands in Zimbabwe, formerly Rhodesia.
Hwahwa music
Nicknamed “hwa-hwa (beer) music”, the band predominately played at large drinking dens, where the nation’s workers congregated. They quickly made a name for themselves and solidified their rank as the most dynamic and diverse band at the time.
The Green Arrows were the first Zimbabwean band to record an LP in 1976 and held the record for staying at number one with Musango Mune Hangaiwa for four months.
The 20-track compilation covered their recording history that stretched from 1974-1979 and showcased their imaginative and vibrant sounds. The band was also known for being inventive and, with a distinct sound, they effortlessly fused traditional Southern African flavours with European and American influences.
Some of their most memorable songs include thought provoking songs like Tsuro and Nyoka Yendara. Their album Mudzimu Wuyayi was produced by Saxophonist and prolific producer West Nkosi who discovered them in 1977.Advertisement

Throughout the 70’s and 80’s, Zex was at the peak of his career and admired by musicians such as Oliver Mtukudzi, Leonard Dembo and Thomas Mapfumo.
Timeless hit tracks
Manatsa released timeless hit tracks such as Bambo Mwakwatila, Mwana Waenda and Chechule Anavala Bottom. Most of his Chewa songs were to appeal to the Malawians, who in those days, made up the majority of the migrant labour force in Mhangura.
Zex made history in the late 70’s when he married his long term partner and sweetheart, Stella, at an event that was dubbed ‘Wedding of the Year’.
It drew crowds of over sixty thousand people at Rufaro Stadium, bringing Harare to a standstill, and hosting a huge concert featuring big band names like Thomas Mapfumo and the Blacks Unlimited. The one-of-a-kind nuptials continue to resonate with its attendees up until today.
Manatsa remained popular post-independence, producing top notch tracks such as Tea Hobvu.
The band declined in the 90’s after Zex was involved in a serious accident that almost claimed his life. With that life changing experience, it became a turning point for Manatsa and his career, and he soon retired from the music scene to pursue religious work.
Now a regional pastor
Manatsa joined Zaoga Church in the late 90’s, where he used his musical skills, knowledge and vast experience interacting with crowds to preach to worshippers.
Manatsa is now a Regional pastor, leading approximately three assemblies in Westgate Harare. He has gone on to produce critically acclaimed albums, including Mutungamiri Wakanaka, a greatest hits album.
Following a successful couple of years, including their lively Thank You concert in Luton last year, the FTW gospel group has become a household name, captivating the hearts of fans with their unique, melodic sounds.
The event will take place at the Dominion Centre, a two thousand seater, state of the art venue that has hosted a variety of high profile parties, concerts and corporate events.
Tickets are available, and priced at £20 for adults, and £8 for children. They are being sold exclusively on the Free to Worship website www.freetoworship.co.uk
VIP tickets, which will give fans access to all the FTW musicians that include the multi-talented sons of Zex – Aaron, and Taku Manatsa, Dumi Ncube, Nursel Mandiopera and Victoria Storm, among others. VIP tickets are £35.
The organisers have encouraged the public to buy tickets and not miss out on an event that promises to thrill.
The group has said that the concert in October is part of their wider philanthropic vision and proceeds will go towards building a sports field at John Lorry Primary School in Zimbabwe, as well as paying school fees for up to 40 children.
An EGEA Concerts production, Free to Worship is mentored and owned by Forward in Faith Ministries International. For more information contact visit www.freetoworship.co.uk or contact 07464957463, 07946260963 or 07584662478.