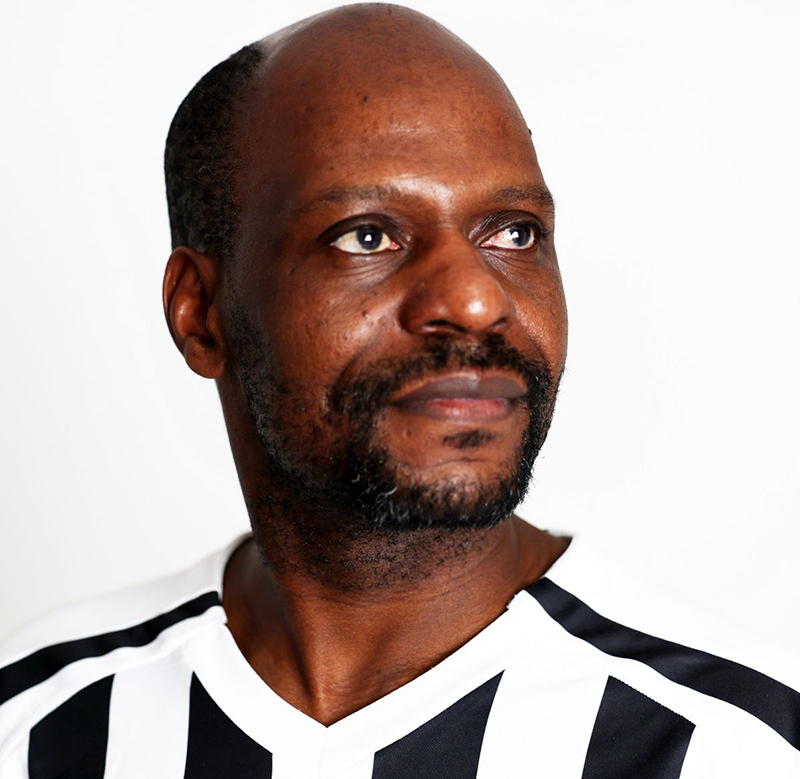 A Newcastle father is living in fear his family will be ‘ripped apart’ as he struggles to meet the demands of a ‘cruel’ asylum system.

Moses Chikwekwete Mbano came to the UK in 2002 fleeing political persecution in his home country of Zimbabwe. Although he fears he would still be in serious danger there, he could now be sent home if he fails to make regular 100-mile round trips to Middlesbrough to report to immigration officers.

Moses receives no government financial support and despite wanting to work is forbidden from doing so as an asylum seeker. His partner Daisy Motlogwa, a British citizen and NHS nurse, works for a nursing agency to provide for herself, Moses and their three children.

Last summer, Moses was arrested without warning on his twins’ 16th birthday, detained at Colnbrook Immigration Removal Centre and threatened with deportation. Although he was eventually allowed to return home to Arthur’s Hill, Newcastle after several ‘terrifying’ weeks, he’s now living with the sword of deportation hanging over his head.

Moses, 51, has had to report weekly to immigration authorities ever since his conviction for actual bodily harm in 2008, a crime for which he served a 17-month prison sentence. Previously he’d had to appear at Forth Banks Police Station in Newcastle, meaning he was able to walk there.

But at the start of April, Moses received a letter ordering him to begin making weekly trips to Teesside instead.

“I think they just want to make it as difficult as possible so I will trip and fall and then they have the grounds to deport me.”

Supporters at the group North East Against Racism, including friend of the family Yunus Bakhsh, agreed to transport the worried dad to his weekly appointment. But without this help it would be almost impossible for the family to afford the journeys. Immigration officials recently agreed to reduce the frequency of reporting to once every two weeks, but the family still say it’s a significant struggle.

Daisy, who has already had to make a £3,000 surety available to guarantee Moses will meet his bail conditions, struggles to take nursing shifts on the days he’s away, as the trips take most of the day and she doesn’t have other childcare for their 11-year-old son.

But it’s the emotional impact that has taken the most toll. In the aftermath of Moses’ detention the family live in fear that he’ll be taken away again, and the long journeys and difficult-to-meet bail conditions only make that fear worse.

Daisy, 39, said: “‘[When Moses was detained] it was a punishment for all of us as a family. I found myself here with the kids 24/7, we didn’t have any information whatsoever.

“That day, my twins were turning 16, they were excited, and then all I can remember is me trying to call anyone who would listen, the kids crying and asking what was going to happen to their dad.

“It was a living nightmare and that nightmare continues today. We don’t know when they’re going to break down the door to come and take him, every time he goes to sign in I don’t know if they’re doing to lock him up.

“This system has caused us so much misery and it’s just not right. This is a cruel, cruel system.”

The mum-of-three says she and her partner have made positive contributions to the UK and to their community in Newcastle. She says they don’t want special treatment – just the ability to live safely together, free of persecution.

She added: “Throughout the pandemic, he was the only support that enabled me to go to work. I caught Covid on the ward and I was seriously ill and he was the only person who could look after me and the kids.

Moses added: “I just ask myself why? All I want is to stay here and be allowed to work, if they’d let me work I’d be paying tax, contributing to the economy of this country.”

A Home Office spokesperson said: “Our priority will always be to keep the British public safe. That is why foreign nationals who abuse our hospitality by committing crimes should be in no doubt of our determination to deport them wherever it is legal and practical to do so.

“Any foreign national who is convicted of a crime and given a prison sentence is considered for deportation at the earliest opportunity. Since January 2019 we have removed 10,017 foreign criminals. The Home Office actively monitors and manages FNOs released into the community pending their deportation.”

However, under international law, no one should be returned to a country where they would face torture, cruel, inhuman or degrading treatment or punishment and other irreparable harm – regardless of their migration status or of anything they’ve done. Moses says this would be the case for him in Zimbabwe, where he believes his life might even be at risk.

Although he acknowledges he committed a crime, he says he served his sentence and argues it’s unfair to impose the additional punishment of ripping him away from his family and sending him to a country where, according to Human Rights Watch, critics of the government still face “arbitrary arrests, violent assaults, abductions, torture and other abuses”.

He added: “When [Home Secretary] Priti Patel talks about these issues she’s saying ‘these people are rapists and murderers’ – I’m not a rapist or a murderer but I’m being put in the same category.”