In the latest of a series of features based on a list of inspiring North East women put together by Middlesbrough Soroptimists, Jan Hunter speaks to the founder of a network set up to empower other Black Africans

“YOU educate a woman; you educate a nation,” says Locardia Chidanyika, founder and director of Women Today, who arrived in this country from a small town in Zimbabwe 18 years ago. She saw confusion and difficulties for families who had moved to the UK, who were experiencing a clash of cultures, and she was determined to help. She wanted to give a voice to Black African women on Teesside who were suffering, and to empower the younger generation through education.

“I came to this country and was made welcome. I found love and support and freedom here,” she says. “And I wanted to give something back. I had a happy childhood in Zimbabwe, but in the culture I grew up with, women are subservient to men, and are regarded as second-class citizens. Girls are seen as baby-making machines, therefore education for them is not important. Although things are improving in my country, around me there was general abuse towards women, and children were beaten by their parents, as a form of discipline. It was only when I got my education in the UK that I found out this was not normal; it was wrong.”

Locardia graduated with BSc Honours in Public Health and Well-Being and also gained MSc in Health Sciences, Public Health, from Teesside University. As a mother, she felt the whole family had to learn the language and the culture of the UK, and she had to let her children live the western way, otherwise they wouldn’t be able to integrate properly. By being a part of the community, they would all lead happier lives.

However, all around her she saw clashes. Social services were splitting up families as some children were showing signs of beatings, which was a normal pattern of discipline for African children.

“Also, some women have no idea what services are available for them such as smear tests and breast examinations. Public health and education are free and available to them and their children, and I wanted to spread the word,” says Locardia.” There was such a need for change, and my qualifications allowed me to understand what I had to do. I wanted to use my skills to help the community, and I got to know the right people and agencies that can help. 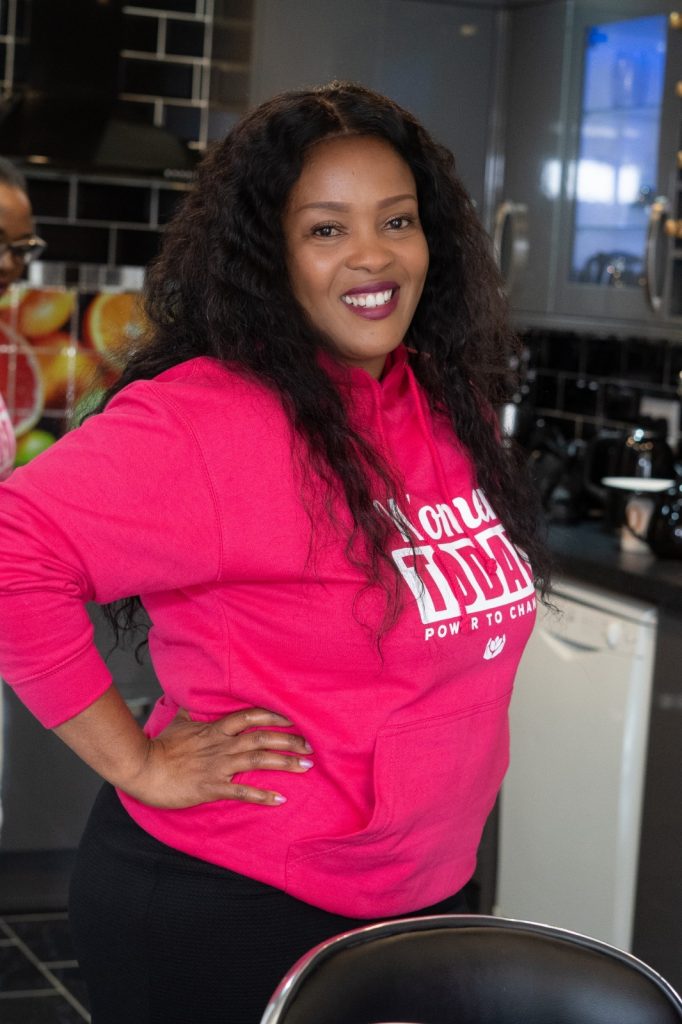 Women Today began in a church Locardia attended in Middlesbrough, with the help of her pastor. Many of the women who came to her for support were migrants, and frightened refugees. Some couldn’t speak the language and were bewildered by the culture, so they were given instant help and support. They had much in common with Locardia and knew that she understood.

“There has to be a balance of remembering and being proud of where you came from, but also embracing the culture of the country you are now living in, and abiding by the law of the land,” she says. “I had to learn quickly about my new country, for my children’s sake. I had to adjust. I didn’t want to lose my children.”

Some of the sessions she runs are on women’s health, mental health, education, different cultures, women’s rights and services available in the UK. During the pandemic, she organised the delivery of food, as well as toiletries and sanitary products, to more than 300 households, extending her kindness to the elderly, people who lived alone, and who needed medication. With her team, she held regular Zoom meetings to help with mental health issues and fear, and also to help victims of domestic abuse, which was on the rise.

Locardia is known by many as an inspiring woman who has a caring and informal approach to helping others. She encourages those she meets to make positive changes in their lives and take ownership. She holds social events for all cultures, where African food is cooked and served and the community can mix and get to know each other. She is so highly thought of, because of her knowledge, compassion and empathy, that she is often called on to work with the police and other agencies.

In the early days of Women Today, she decided to take the organisation out of the church building, so as not to discourage non-Christians from seeking help. From this small beginning, Women Today has now reached Zimbabwe, Kenya, South Africa, the Congo and the US. Locardia received the BBC Tees Radio 50’s Star Award in 2021 and a Civic Community Award from Middlesbrough College in 2019, which recognised the help she and her team have given to the community for improving education and capabilities.

“To me relationships are about love and being nice to each other,” she says. “I could see how women were struggling and I would have many sleepless nights, and would often weep, because of their struggles. I am trying to stop absorbing people’s difficulties and making them my own, but it’s hard. I am also aware that there is racism, but all too often the media focuses on the bad. I have found nothing but kindness and friendliness in this country that I love.”