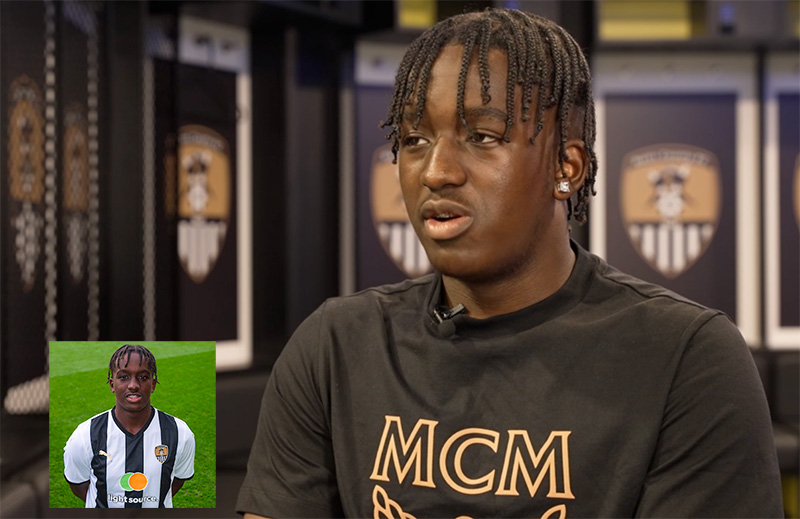 The 18-year-old has put pen to paper after impressing for the under-19s last season and training regularly for the first team.

So impressive were his performances, he spent time on trial at Blackburn Rovers back in April and played 79 minutes for their under-18s in a 2-1 league defeat to Burnley. He also featured for Barnsley under-18s earlier in the season, where he scored against Nottingham Forest.

Munakandafa was in fact on the books at Forest before making the switch to Notts County following his departure from the City Ground. He has already represented Zimbabwe at youth international level, and has played for the English Colleges FA.

He has also spent time on loan at Leicestershire-based non-league side Melton Town. He scored an assisted on his home debut for the ninth-tier side as they beat Heanor Town. That was shortly before his spell at Blackburn.

In a statement confirming his new deal, Notts County said: “As evidenced by our determination to continue the operation of our academy despite the loss of grant funding last summer, we, like our supporters, are very keen to see the club continue to develop players through the age groups and into the first team.

“Luther has demonstrated exceptional talent and application in his time at the club so far and sets the benchmark for other young players at the club. We congratulate him on this achievement and look forward to watching him progress further in 2022-23.”

It is a big move for Notts to tie Munakandafa down, given the club do not have an under-23 side. It may mean he either goes out on loan to gain valuable experience, or may even earn a place in the first team after impressing so much during training with them.

While he may have impressed former manager Ian Burchnall, he will also need to catch the eye of his replacement. At present, Mike Williamson tops the bookmakers’ odds at 5/4, closely followed by former Coventry under-23 boss Luke Tisdale at 5/1.