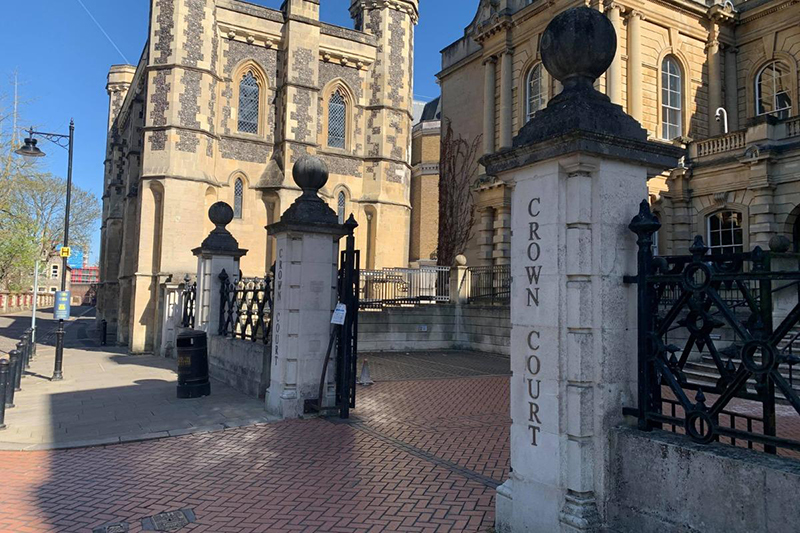 READING: A CARE Worker groomed a vulnerable 17-year-old girl into having sex with him while other residents slept, a court has heard.

Tatenda Shoniwa, of Caversham, formed a relationship with his victim over the course of several months despite being under his care.

The 29-year-old was locked up this week after abusing his position of trust.

Rory Gordon, prosecuting, said: “In September 2019, the victim moved to a location for young people aged 16 to 25.

“The victim and the defendant struck up a close relationship – they would stay up late talking to each other. He gave her compliments such as ‘you’re beautiful,’ and the defendant asked her for her Instagram handle.

“He began talking about having a relationship when she turned 18 years old, and the defendant said he wanted to take her to Zimbabwe. The victim said, in hindsight, she knew she had been groomed.”

Mr Gordon said Shoniwa continued to behave sexually around the girl until they had intercourse in October 2020, when other care home residents were asleep.

Reading Crown Court heard how Shoniwa had been smoking cannabis and drinking at the time.

After they had intercourse, the 29-year-old would continue to behave sexually around the victim while they were in the same accomodation, despite their agreement to not have sex again.

In a statement read to the court, the victim said to a judge: “Because I was stuck living there I still felt disgusting, as something had happened in every room.

“He should not have seen me in a sexual way – I was only a child. He was supposed to be a carer.”

The 29-year-old man had admitted two counts of sexual activity with a girl aged 13-17 as an adult by abuse of trust in an earlier court hearing.

Defending, Nadia Chbat said Shoniwa wrote a letter to the victim and her family apologising for his actions, saying: “I apologise for what I did to your daughter, and for not practising restraint.”

Ms Chbat said: “This was totally out of character. He was described by friends and family as dependent and trustworthy. He appreciates what he has done has been extremely harmful to the victim.”

Sentencing, judge Edward Burgess QC said: “You were in a position where the level of trust was placed on you. You abused that trust in order to engage in sexual activity with the victim.”

Shoniwa was handed a 10-month prison sentence at Reading Crown Court on Thursday, May 19.