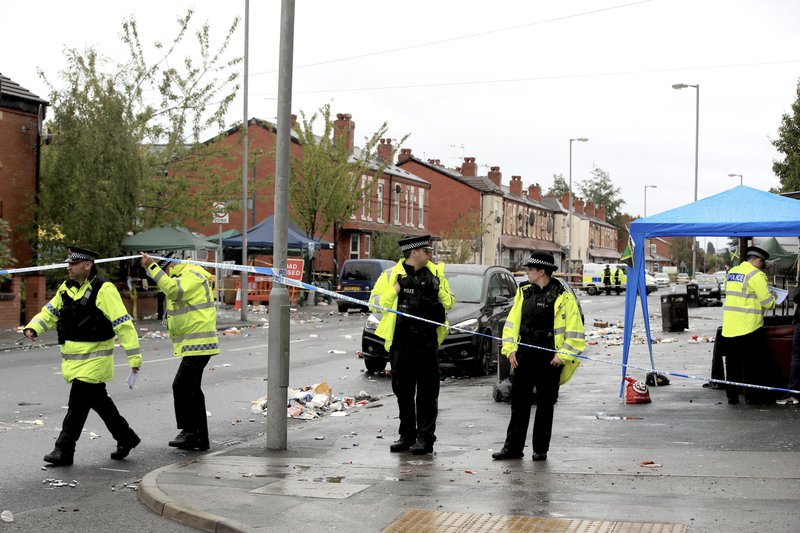 LONDON: Ten people, including two children, were injured early Sunday morning when shots were fired after a Caribbean carnival in the northern English city of Manchester.

Greater Manchester police said one man is in stable but serious condition at a local hospital with injuries to his legs. The other nine people are being treated for pellet-type wounds suffered in the shooting, which was reported at about 2:30 a.m. Sunday.

“Thankfully the injuries suffered do not appear to be as serious as first believed, and hopefully people will begin to leave hospital over the course of the day following treatment,” Chief Superintendent Wasim Chaudhry said in a statement, urging anyone else who may be injured to seek treatment.

“This was a reckless act that could have had devastating consequences with families and friends losing loved ones.”

He later added the working hypothesis of authorities is that the pellets came from a shotgun discharge.

“How many times it has been discharged isn’t clear at this stage and forms part of our investigation,” he said.

The shooting comes amid a spike in gun and knife crime in Britain that has sparked calls for government action in a country where firearms are strictly controlled.