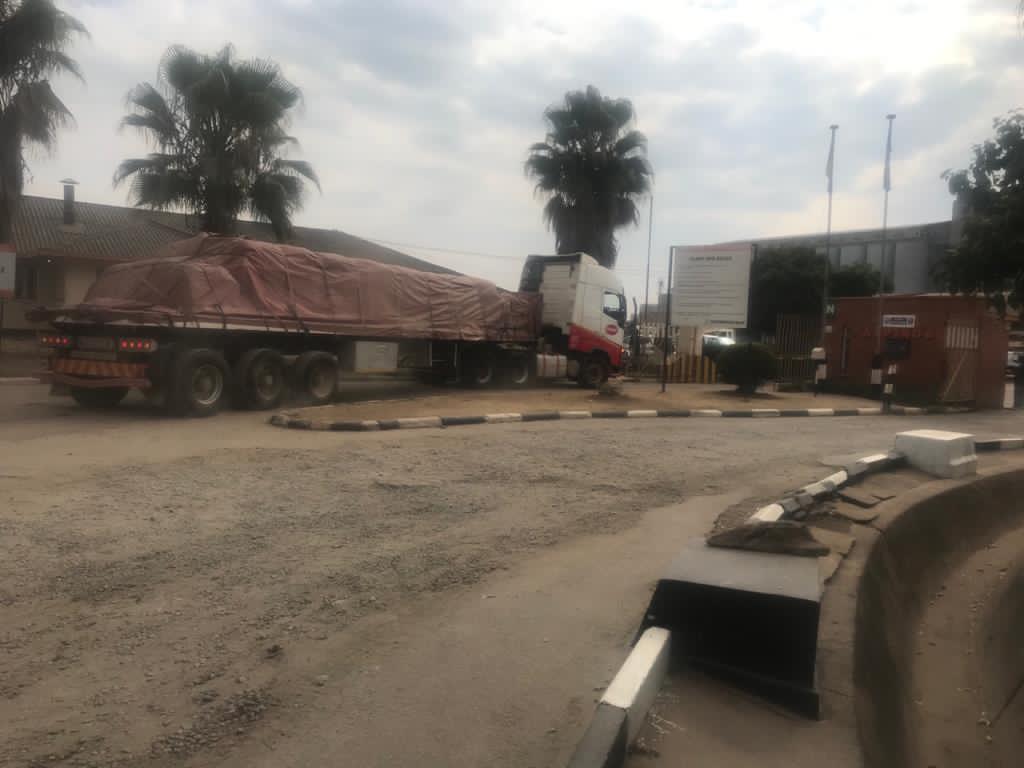 In a statement posted on his Facebook account on Monday, deputy Youth, Sport and Recreation minister Tino Machakaire claimed he has never been awarded a tender by government or government-owned entity, but in this picture, a truck belonging to his company, TinMac is seen entering the Spindale Grain Marketing Board depot to deliver a load
Spread This News

The acquisition of a Rolls Royce Phantom from Britain at a princely US$770 000 total has set social media buzzing with Zanu PF sympathisers defending the top government official for the profligate spend with the opposition’s supporters criticising the move.

However, Monday, Lord Oates said he want to table in United Kingdom Parliament on Tuesday on the source of funds in the alleged purchase of a Rolls-Royce Phantom from.

“To ask Her Majesty’s Government what’s obligations UK companies are under to conduct the due diligence on the source of funds when selling luxury vehicles to politically exposed person in Zimbabwe and other countries where widespread corruption is evident,” he said.

“To ask Her Majesty’s Government whether it will investigate the due diligence conducted by GvE London into the funds allegedly used by a Zimbabwe minister to purchase a Rolls-Royce Phantom. To ask Her Majesty’s Government whether the Bank of England or any other relevant authority has had discussions with the Reserve Bank of Zimbabwe about whether their foreign currency regulations were complied with in the purchase from GvE London of a Rolls-Royce Phantom for export to Zimbabwe.”

“To ask Her Majesty’s Government what proportion of Suspicions Activity Reports results in action by police or other relevant authorities.”

Some local media reports said that the luxury car was bought by sports deputy minister Tinomudaishe Machakaire who has since distanced himself from the purchase.

“I have seen with concern several stories making rounds on various social media platforms particularly Twitter. Ideally, I would have kept quiet and let time reveal all truths. However, I feel I owe it to you my constituents to set some records straight,” the deputy minister said Sunday.

“First and foremost, no respectful lawyer and or journalist conducts investigations or trials on social media. It solves and achieves nothing. I would have been impressed had they gone to the public with the results of a thoroughly researched investigation.”
“Secondly, it is true, I do have the capacity to buy the car in question and more.”