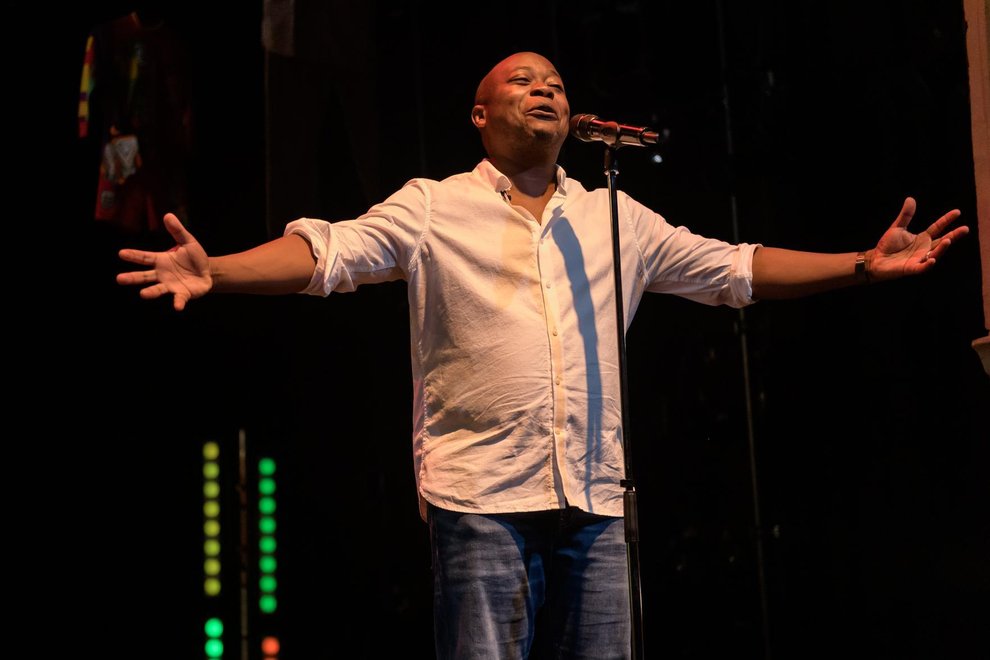 Tonderai Munyevu’s Mugabe, My Dad & Me, an ETT (English Touring Theatre) co-production with Brixton House and York Theatre Royal in association with Alison Holder, can be seen at the theatre on Tuesday March 8 and Wednesday March 9.

Munyevu was ‘born free’ in Zimbabwe, in 1982 – one of the generation born in the 1980s after independence. He tells us how the first cracks of prosperous Zimbabwe’s decline began to appear in the 1990s, and how he emigrated with his mother to England, where he has since remained; how his father lost his job at the hands of a white man, and how this changed both their lives irrevocably, until his father’s death prompted Tonderai to question his identity and what it means to return ‘home’.

Interspersing storytelling and live music from Gwenyambira (female mbira player) Millicent Chapanda with some of Mugabe’s most unapologetic speeches, this high-voltage one-man show is a blistering exploration of familial love, identity and what it means to return ‘home’.