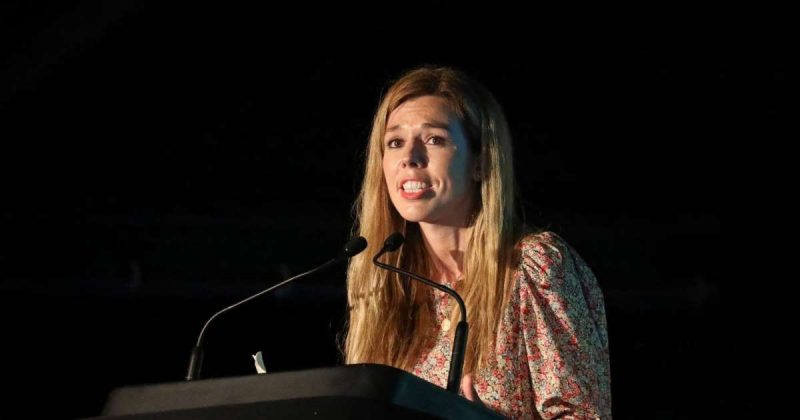 CARRIE Symonds’ first job in her new role has been revealed – helping with a project to rewild cheetahs to Zimbabwe.

The Sunday Telegraph revealed that the Prime Minister’s fiancée has joined the Aspinall Foundation as head of communications.

After spending months on maternity leave, she is now poised to help with a raft of projects with the charity, which breeds endangered species to return them to the wild.

On the first day of her new job, the environment campaigner proudly posted a picture of her son Wilfred to her Instagram account. The infant was sporting a cheetah-patterned onesie in honour of the occasion.

She said: “Really thrilled to be working for The Aspinall Foundation.

“Just this weekend we are rewilding two cheetahs, brothers named Kumbe and Jabari, from captivity in Canada to a 4 500-hectare conservancy in Zimbabwe. This will be the first of its kind for Zimbabwe, which has never before received captive-bred cheetahs for rewilding. Will keep you updated on how the brothers get on in their new home!”

The Aspinall Foundation has partnered with Parc Safari in Quebec, Canada and Imire Rhino and Wildlife Conservation in Zimbabwe to rewild two captive-born cheetahs from Canada. This programme will be the first of its kind for Zimbabwe, which has never before received captive-bred cheetahs for rewilding.

The pair will soon undertake the 7 600-mile journey to their new home at Imire, a 4 500-hectare conservancy in the Mashonaland East District of Zimbabwe.

The key objective of the project will be to establish a breeding population of cheetah at Imire for the purposes of contributing to the genetic diversity and to assist in repopulating other reserves in Zimbabwe.

It will take the cheetahs time to adapt from their lives in chilly Canada. On arrival, Kumbe and Jabari will spend 60 days in a quarantine boma to allow them to acclimatise to their new life under the African sun.

They will be taught to chase a lure and prepare for their first hunt. Upon release from their quarantine boma, they will move into Imire’s 4 500-hectare reserve, where they will encounter wild game.

Previous Aspinall Foundation rewilding projects show that this is the stage at which the cheetahs’ natural instincts will kick in and they will begin hunting. They will be closely monitored and supplemental food will be offered if required. Then, hopefully, they will be able to be fully wild.

Following this move, the partners intend on expanding the rewilding programme to release a much larger number of cheetahs from captivity and into safe and suitable areas.

The Aspinall Foundation owns two wildlife parks in Kent, which house a range of interesting animals, from gorillas to tigers. The rewilding organisation has returned hundreds of endangered species to the wild and believes all animals belong in their natural habitat. It hopes to be able to close the doors to its wildlife parks in 25 years as all the animals will be in the wild.

It is a unique organisation, with members of the Aspinall family living side-by-side with the animals, even inviting cheetahs into the family home for Christmas dinner. However, its unorthodox approach has proven extremely successful in rewilding animals.

Damian Aspinall, Chairman of The Aspinall Foundation, said: “This groundbreaking initiative represents a significant event for cheetah conservation in Zimbabwe. We are very thankful for all partners involved, especially the Government of Zimbabwe for supporting this important project. We are changing the lives of these incredible animals”.