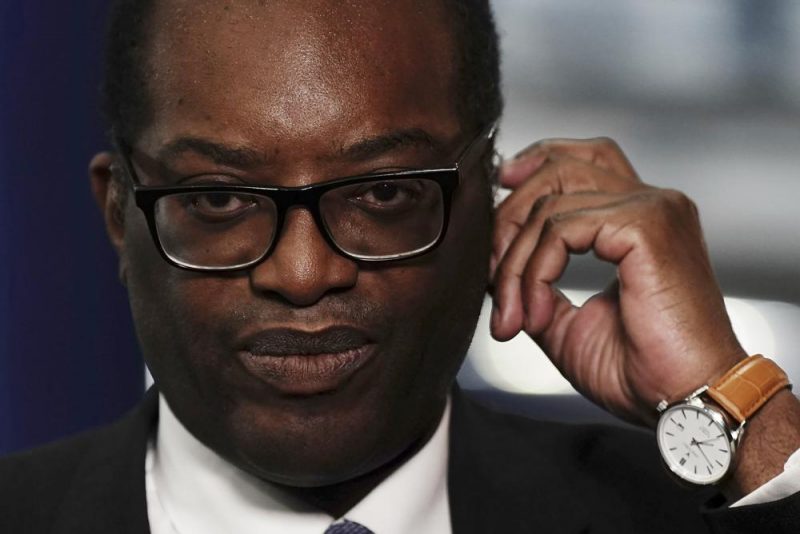 LONDON: Embattled British Prime Minister Liz Truss sacked her Treasury chief and reversed course on a major part of her tax-cutting economic plan Friday as she struggled to hang on to her job after weeks of turmoil on financial markets. But the market response was muted and the political reaction to what many saw as panicked moves left Truss’ credibility in tatters after only six weeks in office.

At a hastily arranged news conference, Truss said she was acting to “reassure the markets of our fiscal discipline” by ditching her pledge to scrap a planned increase in corporation tax. Earlier, she fired her close friend Kwasi Kwarteng as head of the Treasury and replaced him with Jeremy Hunt, a long-time lawmaker who has served three previous stints as a Cabinet minister.

Truss is trying to restore confidence and rebuild her credibility with international investors and members of her own party after the “mini-budget” she and Kwarteng unveiled three weeks ago sparked political and economic turmoil.

The government’s Sept. 23 announcement that it planned to cut taxes by 45 billion pounds ($50 billion) without detailing how it would pay for them or offering independent analysis about the impact on public finances raised concerns that government borrowing could rise to unsustainable levels.

That sent the pound plunging to a record low against the dollar and forced the Bank of England to step in to prevent a wider economic crisis.

Truss has now canceled about 20 billion pounds of the originally planned tax cuts.

But her brief, downbeat news conference is unlikely to have reassured Truss’ Conservative Party that she is in control.

“I think she’s just confirmed that she’s not the right person for the job,” said Tim Bale, professor of politics at Queen Mary University of London. “I don’t think it communicated the kind of confidence the country needs right now.”

Despite backtracking on a major part of her program, Truss clung to the idea that her policies were what the country needs to spur economic growth. She also avoided repeated questions about why she should remain in office when she and Kwarteng were equally responsible for the government’s economic plan and the fallout it triggered.

“I am absolutely determined to see through what I have promised,” Truss said.

The initial response from investors suggested Truss’ moves may not be enough to calm financial markets.

Yields on 10-year government bonds rose immediately after her news conference, indicating investors are still concerned about government debt. The pound fell 1.2% against the U.S. dollar.

The next big test for Truss will come Monday when trading resumes on financial markets. The Bank of England on Friday ended its emergency intervention to stabilize long-term bond prices and protect pensions funds.

“Whether or not she remains prime minister, her whole agenda now, her ability to pursue her political project, if you like, is really out of her hands,” said Jill Rutter, a senior fellow at the Institute for Government, a London-based think tank.

Her fate is now in the hands of the markets.”

Truss is also facing pressure from across the political spectrum.

The opposition Liberal Democrats called for an emergency weekend session of the House of Commons for Hunt to provide more detail on the government’s economic plan. Scotland’s first minister, Nicola Sturgeon called for an early general election. And the BBC reported that a group of senior Conservative lawmakers are planning to call for Truss’ resignation next week.

Truss’ future is in doubt less than six weeks after she took office promising to re-energize the British economy and put the nation on a path to “long-term success.”

But the Sept. 23 tax cut plan only provided half of the equation. Without an independent analysis of her full economic program, the added growth it will produce and the additional tax revenue likely to be created, she was asking investors and voters to trust that the sums would in the end add up.