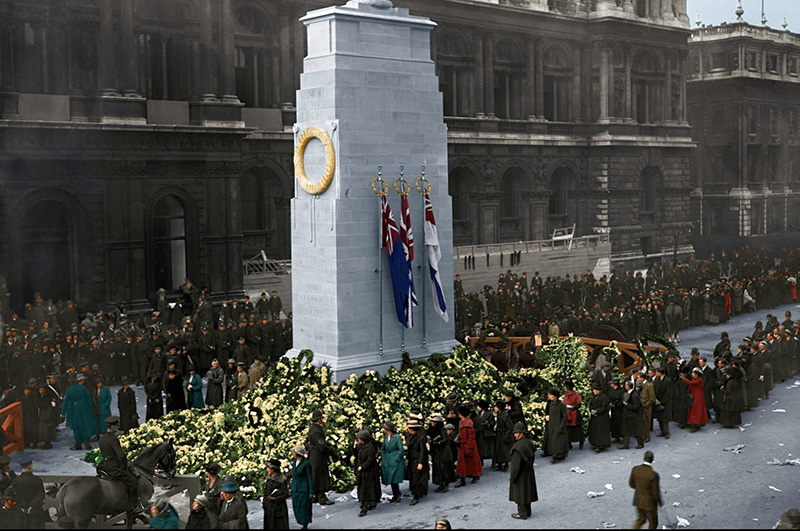 SENIOR UK politicians and military leaders have called for the lifting of a ban against Zimbabwe participating in commemorations remembering those killed in the two world wars.

An annual service of remembrance is held annually at The Cenotaph war memorial in central London with this year’s set for Sunday.

Some 34,000 Rhodesian men reportedly served in the two world wars; 1,800 of them losing their lives.

However, Zimbabwe is banned from attending the London commemorative events for some 50 years.

The sanction was first imposed when Rhodesian premier Ian Smith’s unilateral declaration of independence from Britain in 1965.

Former president Robert Mugabe’s withdrawal from the Commonwealth in 2003 ensured the ban remained in place.

A Foreign Office spokesman explained to the London-based Telegraph newspaper; “High Commissioners from Commonwealth countries are invited to lay a wreath at the Cenotaph. Zimbabwe participated in wreath-laying ceremonies in the past.

“This invitation no longer stood when Zimbabwe left the Commonwealth. If Zimbabwe were to re-join the Commonwealth, which the UK would welcome, their High Commissioner would once again be invited.”

However, top UK politicians and military leaders who spoke to the Telegraph now think the sanction should be removed.

Said General Sir Lord Dannatt, the former head of the Army: “Regardless of the politics, soldiers from southern Rhodesia who fought in the first and second world wars should be recognised along with everybody else from the Empire and former colonies.”

Conservative MP and former Army officer Tom Tugendhat, chairman of foreign affairs select committee, said: “I think it is right for the Government to reconsider this now, particularly on the centenary. It was the Commonwealth which came in our hour of need, who stopped the German advance. I hope my colleagues in Government will recognise that.”

For former defence minister Julian Brazier, “The Rhodesian contribution to both wars was completely disproportionate, they showed immense bravery.

“I think we need to recognise also that they were Rhodesians of all colours, including the African Rifles, and that they served in the ancillary services and the SAS. I think it is well overdue that they are readmitted.”

Julian Lewis, the Tory chairman of the defence committee, added: “Whatever sanctions may have been taken against an obnoxious regime, it cannot, surely, have been right to penalise and prevent veterans and their families from paying tribute to their fallen comrades.

“The two issues should have been treated as entirely separate and the issue should be reconsidered now. Paying our respect to the fallen should never be entangled with political disputes between governments.”

Relations between Zimbabwe and its former coloniser collapsed after Mugabe moved to seize land from commercial white farmers for re-distribution to the majority blacks.

The UK led the imposition of sanctions against Harare by the West, accusing the Mugabe regime of gross human rights abuses and electoral fraud.

The Zimbabwean strongman was however ousted by a military coup last November, allowing relations between the two countries to improve.

Successor Emmerson Mnangagwa has already indicated that Zimbabwe is seeking to re-join the Commonwealth as part of a broader re-engagement process with the West.