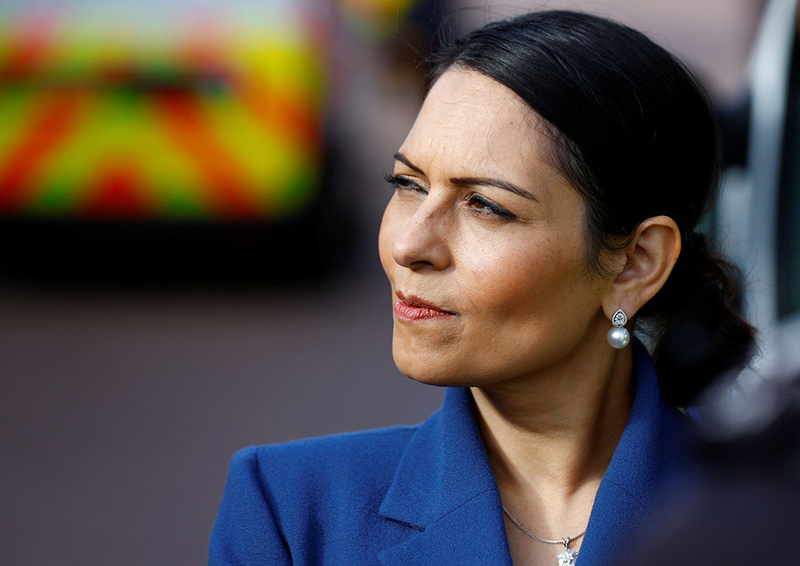 By Raoul Walawalker for Open Democracy

In the four years since she arrived in the UK, 56-year-old Josephine Sipiwe Jenje-Mudimbu’s life has shifted from one of hope to one of daily, grinding fear.

Josy, as she’s better known, is an asylum seeker from Zimbabwe, who’s currently staying with a friend and fellow Quaker in Norton, Stockton-on Tees. Six weeks ago, Josy was left needing crutches after being injured when six enforcement officers tried to collect her for deportation.

Though Josy’s deportation was prevented by a last-minute legal appeal, she’s been traumatised by the experience, and fears officers could come for her again at any time.

Given Zimbabwe’s appalling human rights record, an agreement made last year to deport people like Josy to the country was among the Home Office’s most controversial policies – until, at least, former home secretary Priti Patel’s deal to offshore asylum seekers to Rwanda took centre-stage.

“The Rwanda deportation plan is fundamentally immoral,” Yasmin Mahboubi, the head of UK government relations at Oxfam, told openDemocracy. “It will put lives at risk and is legally flawed.”

While the plan remains under judicial review, with legal challenges having so far prevented any asylum seekers from being offshored to Rwanda, nine people were deported to Zimbabwe in September alone – despite the country’s worsening political climate.

The ousting of Zimbabwe’s president, Robert Mugabe, in 2017 gave some hope for the country’s democratisation. But his replacement, Emmerson Mnangagwa, was Mugabe’s vice-president and first secretary of the Zanu-PF party, which has controlled Zimbabwe for four decades.

Since Mnangagwa took office, violent crackdowns on protest, killings, kidnappings, arrests of political opponents have continued, and activists have urged other countries to maintain sanctions on Zimbabwe. 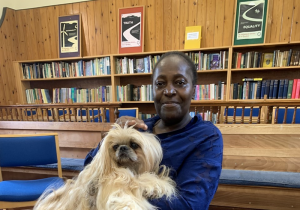 In recent months, reports of political oppression in Zimbabwe have been surfacing ahead of the country’s elections next year. Raising the issue in the British House of Lords in September, Liberal Democrat peer Jonny Oates highlighted the cases of Job Sikhala and Godfrey Sithole, senior members of Zimbabwe’s opposition party, Citizens Coalition for Change (CCC), who’ve been in prison since June.

In September, prize-winning Zimbabwean novelist Tsitsi Dangarembga and fellow protester Julie Barnes each received six-month suspended sentences for ‘inciting public violence’ after holding a banner at a 2020 demonstration that read: “We want better – reform our institutions.”

These brutal reports spark questions over the UK’s deportation deal with Zimbabwe, which was struck as part of Patel’s imm

Josy, a filmmaker and a defender of LGBTIQ+ and women’s rights, fears her involvement with Zimbabwe’s main opposition party would make her a target for reprisals from the Zanu-PF party if she returned to her home country.

Her fears are echoed by a note from the UK Home Office in September 2021, which acknowledges the risk to deportees with opposition-party links. Noting the findings of a Human Rights Watch report on Zimbabwe, the Home Office note says: “Security forces continued to commit arbitrary arrests, violent assaults, abductions, torture and other abuses against opposition politicians, dissidents and activists.”

But the note dubiously downplays these risks, claiming the chances of returned nationals being harmed would depend on their profiles or the regions where they’d be staying. It’s an imprecise evaluation that leaves little wonder why deportees are terrified.

Braverman’s appointment as home secretary was widely seen as a move to appease the hard-right of the Tory Party, which has demanded to see the reductions in immigration they believe Patel failed to deliver.

But simply striving to be a tougher version of Patel risks Braverman overlooking one of the Home Office’s biggest problems – undersized and inadequate asylum claims processing, with risks of accommodation and health crises.

NGOs would highlight the overcrowding crisis at the Manston migrant centre by way of example.

“It is shocking that your home secretary stoked xenophobia and anti-immigrant hatred to the point of blocking human beings from being transferred out of a disease-ridden, overcrowded camp.”

Sheila Mosley, a spokesperson for the Quaker Asylum and Refugee Network that is assisting Josy and supporting her petition, reflected: “Some politicians and fellow-citizens have little regard for justice, love and mercy.”