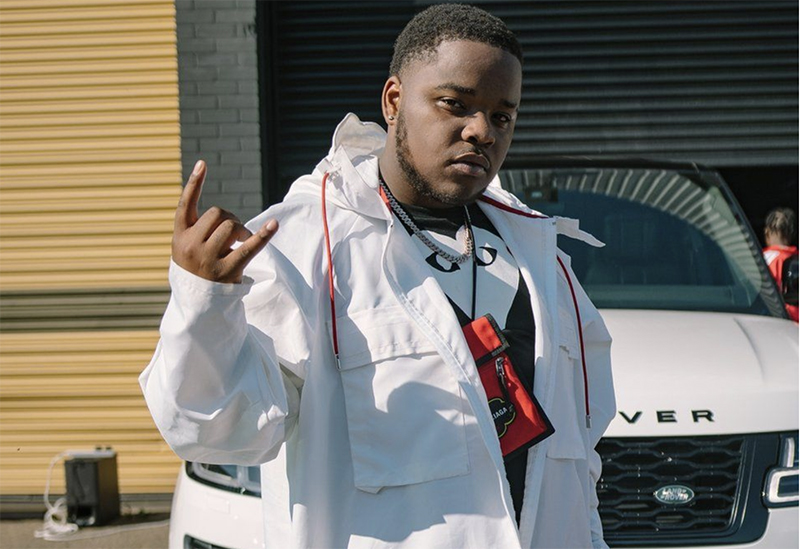 Leonard Simbarashe Rwodzi, best known as S1mba, is a Zimbabwean-born British singer, songwriter and rapper, who is blowing up the charts in the United Kingdom.

He rose to prominence with his single “Rover” featuring DTG, which reached number three on the UK Singles Chart because of its popularity on TikTok and earned him an award nomination for “Song of the Year”.

On a recent visit to Mzansi, the star shared that he is working with local musicians and that Amapiano music was blowing his mind.

The Rover hitmaker has been working with a couple of South African singers such as DBN Gogo, Moonchild, Major league DJ’s, and Blackie just to name a few.

“I came here to South Africa to promote my EP because I believe so much in South African music, my mother was a huge fan of Brenda Fassie, and just seeing the Amapiano genre blow up all over was a huge motivation for me,” he concluded.

He said music is something he’s always wanted to pursue.

“When I used to live in Zimbabwe. One of the first songs that I fell in love with that made me want to do music was With You by Chris Brown.”

“I was playing music in Zimbabwe when I was a child, I used to play marimba, but when I started playing the piano, that was when I realized I want to do music,” he said.

Moving to London at the age of nine, in 2009, was not an easy transition for S1mba. But he said his parents had to move there.

“At the time I did not realize it was a difficult transition, I had moved from rural Zimbabwe and now I was in London, and I was the first black person in my primary school, and I lost my identity for years.”

S1mba said he started making beats at e age of 14 and at 16 he attempted singing to his beats and the resulting song was a hit in his area.

“I dropped a couple of songs and Rover was the fifth song that I made, and it started blowing up, which was something I never expected, and it went to the top of the charts.”

Having his song Rover feature on the UK singles chart at number three and being nominated for song of the year was surreal for the young rapper.

“Part of the reason I am in South Africa, and I will be going to South Africa to show people that I am an African boy. I am trying to show others that it is possible to come from Africa and make a success of yourself abroad.”