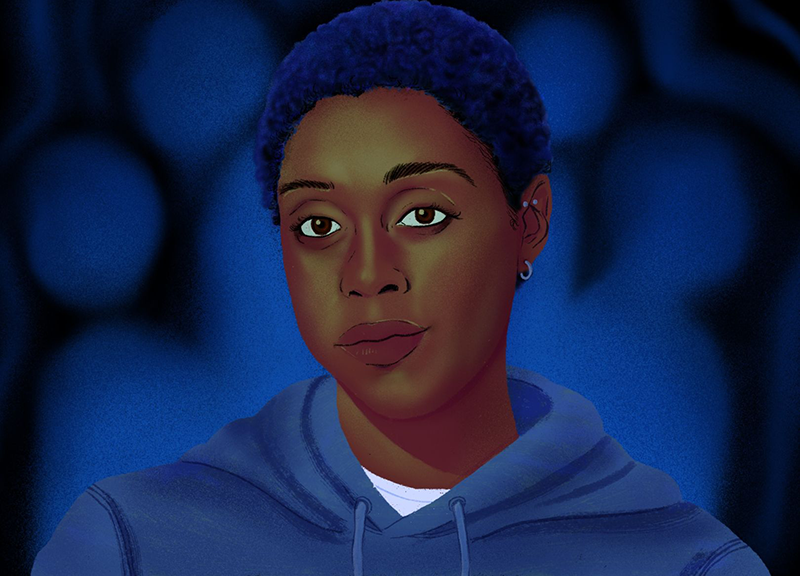 Birmingham-based illustrator Rumbidzai Savanhu has wasted no time getting her career off to a flying start. After only deciding to pursue illustration during the pandemic, she has already worked for the likes of Royal Brompton Hospitals NHS Trust, Little White Lies and London Wildlife Trust.

For some artists, following a creative career path is not a conscious decision. This is definitely the case for Rumbidzai, who says she feels like being an artist was in her blood. As a child, she would spend her time drawing her favourite cartoons and comics and drawing people whenever she left the house.

“I was always carrying a sketchbook with me, even drawing during some of my classes,” she tells Creative Boom. “I loved drawing, so I think it just made sense for me to be an artist. It was only two years ago when I couldn’t find work during the pandemic that I actually decided to pursue it as a career, and I’ve loved every opportunity that I have received.”

Inspired by the dynamic portraiture compositions of Sachin Teng – “he’s the reason I wanted to learn to draw people” – and the vibrant colour use of Jake Wyatt, Rumbidzai has fed these influences into her own work, which appears to burst off the screen with its dynamic use of hues and layout.

She adds: “I’m still trying to develop my style by playing around with it, and I try to be versatile depending on the commission I get, whether it’s with magazines, children’s illustration or comics. I want to be able to work on a variety of different projects, and I think it’s important to be versatile to do that.

“Portraiture and drawing people is a huge part of my work, and I enjoy playing around with different digital brushes to see what effect they will have. My style has definitely changed since picking up an iPad and using Procreate. I have much more freedom in my choice of colour than I used to when I traditionally draw. I get to be bright, bold and colourful. I think most people can tell it’s my work by my use of colour.” 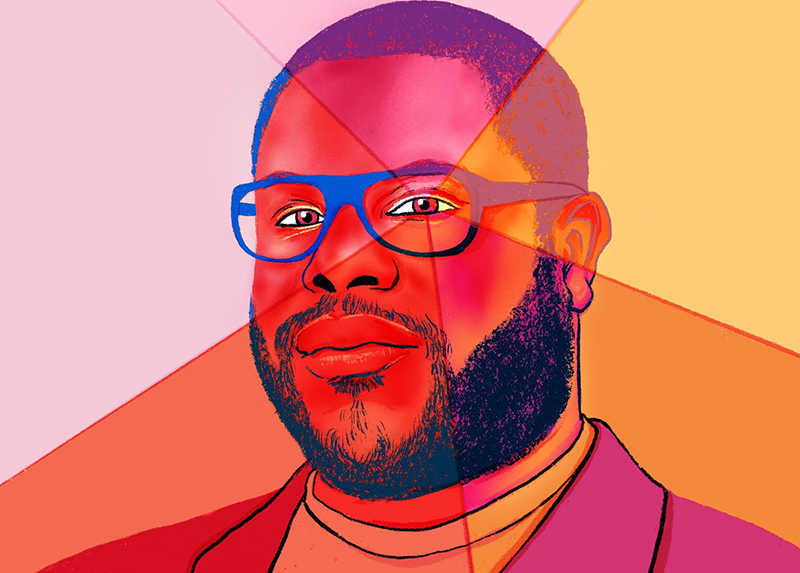 Another key building block in her development has been mentorship provided by Damian Graham from St. Lea Creative. As well as being able to relate to Rumbidzai’s struggles in following an artistic career, he has also given her a much-needed confidence boost that has helped her achieve goals she only dreamed of.

“Sometimes I have doubts and worries about the path I’m taking or about where I fit in the industry, and Damian has been there to help me navigate this industry and offer me resources and examples that can guide me in the direction that is best for me,” she explains. “It’s great having someone on your side in an industry that can sometimes feel lonely.”

One of the dream commissions Damian has helped her achieve is working for the magazine Little White Lies. “During university, we were set a module on our future plans after graduation, and I remember that I had written that I wanted to have my work in Little White Lies magazine, “Rumbidzai explains. “It was a far-off hope that I didn’t know would be achievable or take some time, so to have it be my first ever professional commission was amazing.

“Everyone there has been super kind, and they are passionate about film. I love playing around with the briefs for magazines and experimenting with different ways of drawing everything from portraiture to maps to complex pattern work. Every piece I’ve done for them, I’ve loved. Friends send me photos of a magazine they buy and take photos of my work, and I get so excited.”

What makes Rumbidzai’s work stand out most, though, is her use of colour, which she says herself is the first thing she notices in a piece of art: “it pulls me in or pushes me away, and it’s usually the decider of whether I like a piece of work or not.”

To Rumbidzai, colour is personal and subjective. “I’ve always loved using colour in my work, and I think my use of bold colours comes from my Zimbabwean heritage with the vibrant colours used in the fabrics. Also, cinema is a huge influence on me. I’m obsessed with films that use colour and light in interesting ways, such as Hero, directed by Yimou Zhang and Moonlight, directed by Barry Jenkins and all of Guillermo del Toro’s films.

“My love of comics is another influence in my use of colour. I remember going to a talk Mike Mignola did at Thought Bubble a few years back and was amazed at how purposeful his use of colour was, and I’ve tried to implement that into my work. I think many people can be afraid of using colour, but I like to embrace the vastness and potential and enjoy the challenge of figuring it out. It’s almost like a game to me- trying to find the right colour.”