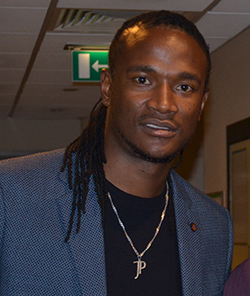 UK: Zimbabwean music lovers here are set for a super Easter fest with an A-List bill of artists promising explosive shows in London and Leicester this weekend.
Launched in 2009 the Southern African Music and Arts tour (SAMA Weekender), has never disappointed, regularly bringing to the UK some of southern Africa’s leading artists.
This year, the tour features the brightest Zimbabwean talent in legend and cultural icon, Oliver Mtukudzi, Fungisai Zvakavapano, Winky D and Jah Payzah who has been making waves with collaborative bangers featuring top artists from the region.
The latter three are already in the UK and addressed a press conference in London where they promised fans their usual best, and much more besides.
Said Fungisai; “Fans can expect the best of me; it’s going to be a mixture of most of songs from 2001 to this day.
“For me it’s about bringing generations together … so everybody go and get your dancing shoes. Your’re sure going to get something that you can identify with.”
Winky D added; “We just want the fans to come in numbers because it’s going to be crazy … crazy nights both Friday and Saturday. Pane zvimwe zvima terrestrial nhingi zvatiinazvo zvingoda kuti muuye muzvionere kwete kuzoudzwa.”
Reagarding new projects he said; “I’am always working on new music … just keep your ears open.”