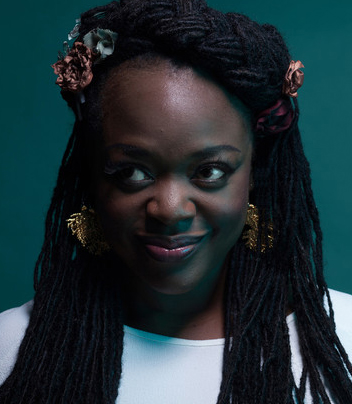 HAVING BUILT an inimitable reputation as a writer and performer through collaborations with such legends as Grace Jones, Cinematic Orchestra, Zero 7 and Bobby McFerrin, the time has come for Eska Mtungwazi to step out as an artist in her own right.
Gearing up for the release of her debut self-titled album, The Zimbabwe-born, south London-based songstress has already been lauded with praise by music-lovers and fellow singers, perhaps most notably British singing sensation Laura Mvula, who said of Eska: “In my opinion she is the finest female vocalist in the UK.”
Here, the fast-rising UK star talks to Life & Style about her love of musical experimentation, the significance of record sales and balancing music with motherhood.
How would you describe your debut album?
It definitely explores many facets of the things I enjoy about music. I would say it’s a psychedelic, blues, folk, experimental hybrid. I just enjoy experimenting. I’m not attempting to stay stationary in any particular genre. I want to explore my voice. I’m continually exploring so it suits me to be called an experimental artist.
How are you feeling about the album’s release?
I think with the release of a record there can be an anti-climax. Yes, I’m very excited about the writing, the music, the song production. But the process of releasing music in terms of my own music, is still quite new to me. All the things you have to do to market it; it becomes a business exercise.
When it comes to sharing your music, how important are sales?
It would be impossible to carry on if I didn’t make any money. Of course I want people to buy my music, every artist would like that. With the process of releasing music, there is a cost, so that money goes back into making it possible to make more music.
You graduated with a maths degree, why study maths rather than music?
Well it kept my parents happy! But I’ve always been doing music alongside all my academia.
Were your parents supportive of your musical aspirations?
They were the ones who helped support me and gave me that fire. It was down to them. All the extra-curricular activities I did as a child – they thought it would be an enrichment to my life. I think it’s a positive thing for kids to find something that keeps them occupied and keeps them inspired.Advertisement

Last year, you became mother to a daughter, Wonder, who arrived three months early. Was that tough for you?
It was a difficult pregnancy. It was a complete surprise. But quite miraculously, she pulled through. I wasn’t expecting to ever get pregnant because of a medical condition. I ruled it all out. She was a complete surprise, a complete blessing.
How has motherhood changed you?
It was a scary thing when she came so early. With Wonder being premature, everything came three months early. But even with all the preparation time in the world, it’s hard to be truly prepared for parenthood.
It streamlines your life in the best possible way, though. If you embrace it, you can become a better person once you become a parent. I thank her every day. She’s such a blessing.
Has Wonder shown any interest in music?
Oh yeah, she’s a huge music fan. She thinks I’m brilliant! I can sing anything and she thinks it’s brilliant. I do my own versions of nursery rhymes for her. I jazz them up or do R&B versions for her.
Was it hard preparing for the release of the album and your upcoming tour with a newborn baby?
It’s just different. Was it easier before? It was just different before. Wonder is an incredible addition to my life. She comes to recording sessions. She’s even featured on some of my records already. She’s already comfortable in the studio environment.
So what’s next for you?
I think like most people, I just want to be able to continue doing what I love to do. I also look forward to sharing my creativity with my daughter and discovering who she is. I am also looking forward to becoming the artist I have dreamed of being.
ESKA will be released on April 27 on Naim Edge Records
This article was originally published by voice-online.co.uk