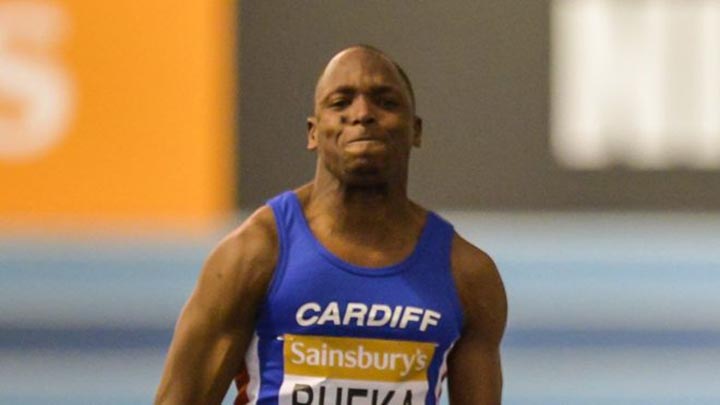 A charity aimed at helping poverty-stricken youngsters get into sport has been “put on hold” after the athlete behind it was jailed for dealing drugs.

Sprinter Marvin Bheka wanted to give youngsters in his native Zimbabwe chances he was given in sport.

However, the 31-year-old, who lived in Cardiff, is starting a 30 month sentence after admitting possession of cocaine with intent to supply.

The charity’s development officer said it is now “on hold” until late 2019.

Bheka sprinted on the European circuit but a car crash and injuries stopped him making the elite level.

He turned his focus to charity Mavhiri Cares in 2017, with the aim to “change lives, change communities and change the world”.

A website was set up where the public could sponsor children while officers were appointed to promote it around the world.

Its aim was to “break down barriers” and help children reach their potential, stating: “It is our vision to get every kid and young adult hooked on sport in one form or another, be it participation, volunteering and careers in the sport industry.”

Bheka had a “tough upbringing” in Harare, according to a former coach, but excelled at sports.

He earned the nickname Mavhiri – later using it for the charity – which means “wheels”, describing his “lightning speed”.

After representing Zimbabwe and competing in international events, he was involved in a car accident in 2010 which stopped him participating in sport for four years.

Bheka arrived in London in 2013 and after compact pressure relief surgery, started competing on the European athletics circuit.

“He had aspirations, all athletes are in it to improve their times and get to the next level,” said coach Ray Gibbins.

“But he never quite made the breakthrough to a higher level as he had injuries and niggles. His body wasn’t the best to cope and it was always hard work.

In 2014, Bheka moved to Cardiff and despite competing on the British university circuit, turned his focus to completing a sport development degree at Cardiff Metropolitan University.

This formed part of his plan to set up the charity.

“I roomed with him during warm weather training in Portugal,” added Mr Gibbins.

“He was a lovely outgoing guy and told me about the charity.

“He talked about home, about Harare. I think he had a tough upbringing before coming over here.

“The charity was maybe a way of keeping in contact with Zimbabwe, helping the children there, maybe helping them come to the UK.”

Gibbins lost contact with Bheka in 2016 and said his conviction shocked him.

A Crown Prosecution Service spokesman confirmed Bheka was jailed for 30 months after admitting possession of cocaine with intent to supply at Cardiff Crown Court in July.

District crown prosecutor Lisa James said: “Drugs such as this can be extremely destructive. They are destructive to the individuals who use them, their families, and communities as a whole.

“Bheka intended to make money out of this illegal activity but fortunately was stopped by officers.

“The CPS presented strong evidence to the court resulting in Bheka entering an early guilty plea.”

While not commenting on the sentencing, the charity’s development officer said: “The project is currently on hold for the moment as there have been a few stumbling blocks in the setting up of the foundation.