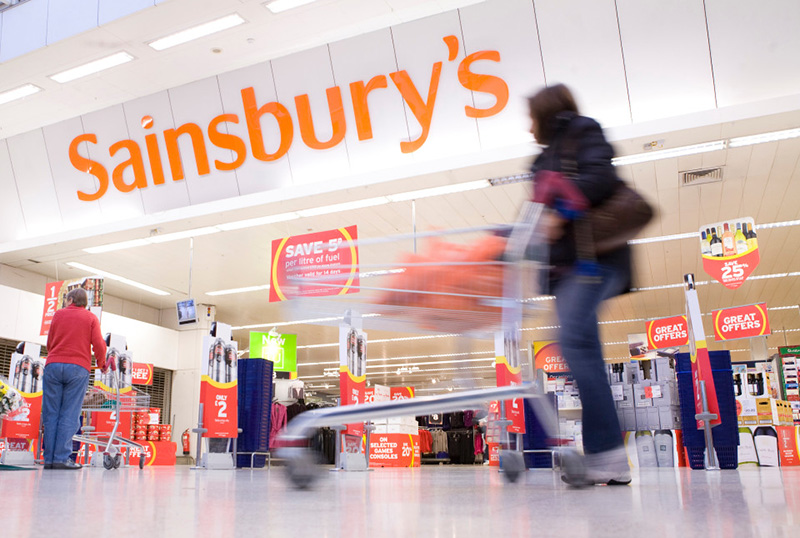 LONDON: Britain’s supermarket chain Sainsbury said Saturday it was in talks to merge with rival Asda, in a deal that would create a retail giant with around 30 percent share of the British market.

“Sainsbury’s confirms that it and Walmart Inc. are in advanced discussions regarding a combination of the Sainsbury’s and Asda businesses,” Sainsbury said in a statement.

Britain’s biggest retail chain is currently Tesco with a market share of 27.6 percent, followed by Sainsbury and Asda with 15.8 percent and 15.6 percent respectively, according to data from Kantar Worldpanel.

The combined company would have 2,800 stores.

Sainsbury said a further statement on the proposed merger would be made at 0600 GMT on Monday.

Richard Lim, from economics research consultancy Retail Economics, told the BBC that the merger would be a “game changer in the UK grocery market of epic proportions”.

“The potential tie-up would see the combined business take Tesco head-on,” he said.

Joanne McGuinness, national officer with the Usdaw shopworkers union, said: “We will be seeking urgent meetings with the businesses to get more detail on what a possible merger will involve.

“Our priorities will be to protect our members and ensure any deal between the retailers does not impact on their jobs or incomes.”

Tim Roache, general secretary of the GMB union, said: “Our first priority is to safeguard the job of every single Asda member, both in stores and in distribution.

“We are demanding an urgent meeting with Asda to get the answers and assurances our members need and deserve. GMB will be making sure the voices of supermarket workers are not lost amidst all the talk of mergers and acquisitions.”

British retail sales have been badly hit in recent months by a combination of weaker consumer spending, slower economic growth and snowy weather.

Traditional retailers like Sainsbury and Asda have also been put under pressure by the growth in online retailers and low-cost rivals like Aldi and Lidl.

The deal would still have to be approved by Britain’s Competition and Markets Authority (CMA).