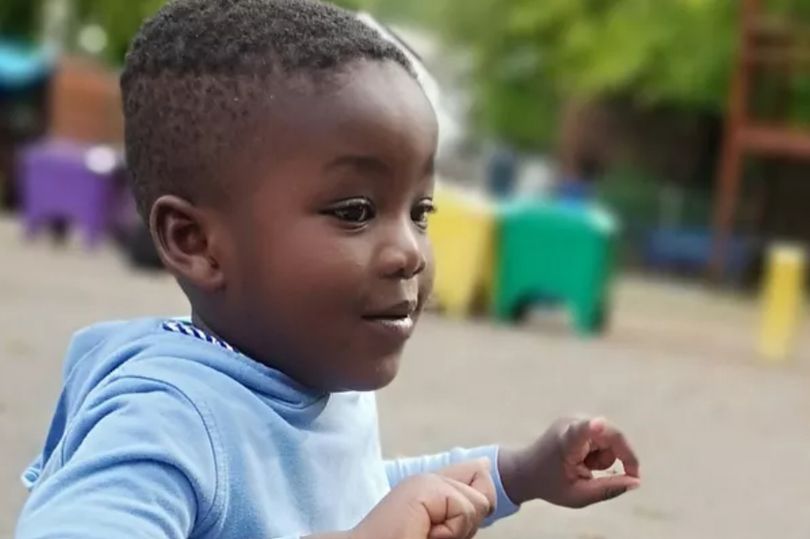 Thousands of pounds have been raised to help support the parents of a Glasgow toddler who tragically died abroad.

TJ Mathe, who lived in Knightswood, died in a freak accident while visiting his grandparents in Zimbabwe.

The three-year-old, who had travelled to the country in the south of Africa without his mum or dad in order to meet his grandparents for the first time, was found unresponsive in an unused pool in their garden.

TJ’s nursery school then set up a fundraiser to bring the tot home Scotland and successfully raised over £5000 to help support his devastated family.

Gemma Garbett, one of the people behind the GoFundMe, said: “I was a keyworker to TJ who sadly passed away whilst on a visit to Zimbabwe to meet his Gran for the very first time. He was tragically taken away too soon.

“TJ, who was just three, has touched the lives of so many and he will live on in our thoughts. I hope we can help his family who now have the difficulty of working between two countries to get TJ home to rest.

“Such a lot for this family to deal with as well as the stress of trying to ensure their little boy gets home. Anything donated would be appreciated not just by me and everyone who knew TJ, but I know his family would be eternally grateful.”

The GoFundMe page has now surpassed its £5000 target and raised a total of £5382 for TJ’s parents, Edwin and Medina.

Thanks to the funds raised by staff at Knightswood Early Years Centre, TJ was flown home to Scotland on April 20.

Some £3700 was needed to help send family member, Tichawona Dauramanzi, to Zimbabwe to assist in bringing his cousin’s young son back to Glasgow.

He told the Daily Record: “They are absolutely devastated. TJ was their life. He was so precious to them.

“Their whole world revolved around TJ and what’s happened has absolutely shattered them. He was their only child and they loved him dearly. We all did.

“TJ’s death has shocked and saddened all of us. It’s a tragic, very sad situation.

“Because of issues with Edwin and Medina’s Visas they weren’t able to travel with TJ and now they haven’t been able go over to be with their boy or to find out what exactly happened. All they know is what we have been told on the phone.”

Tichawona said a post-mortem examination was carried out and TJ’s cause of death was put down as an accidental drowning.

He added: “TJ was staying with Medina’s parents when the accident happened. We are told he had been playing with local kids and because it had rained the night before there was some water in the unused pool.”