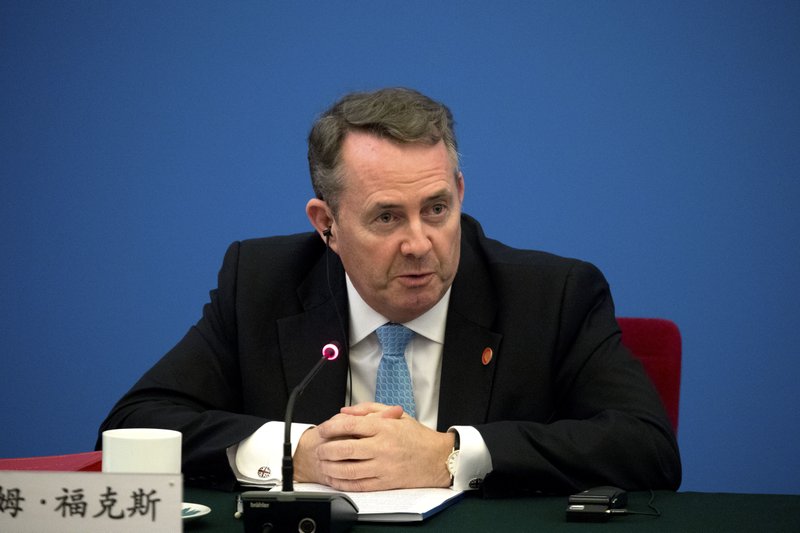 LONDON: Britain’s international trade minister says it’s likely the U.K. will fail to agree upon a divorce deal with the European Union before it leaves the bloc in March — the latest in a growing chorus of warnings that the negotiations are in crisis.

Trade Secretary Liam Fox told the Sunday Times newspaper that “intransigence” by EU officials “is pushing us towards no deal.” He put the chance of Britain crashing out without a deal at 60 percent.

Britain and the EU say they aim to hammer out an agreement on divorce terms and future trade by October so that it can be approved by all individual EU countries before the U.K. leaves the bloc on March 29.

But the talks have stalled, and the British government is trying to heap pressure on the other 27 EU nations to compromise by stressing the economic harm to all sides that would come from a “no-deal” Brexit that imposes tariffs and other barriers on U.K.-EU trade.

Fox accused EU officials of putting a “theological obsession” with sticking to the rules ahead of “the economic wellbeing of the people of Europe.”

EU officials say Britain has failed to make realistic proposals about future ties. They accuse the U.K. of seeking to retain the benefits of EU membership — such as free trade — without accepting the bloc’s rules, including the free movement of people among member states.

As the clock ticks down, British Prime Minister Theresa May’s Conservative government remains split over how close an economic relationship it should seek with EU.

Fox is one of several ministers who back a clean-break “hard Brexit,” while others, including Treasury chief Philip Hammond, want to keep Britain closely aligned with the EU, its biggest trading partner.

British business groups by and large agree. They say a no-deal Brexit could cause economic turmoil, bringing higher food prices, logjams around U.K. ports and disruption to everything from aviation to medicine supplies.

Bank of England Governor Mark Carney warned last week that the risk of an economy-damaging no-deal Brexit was “uncomfortably high.”